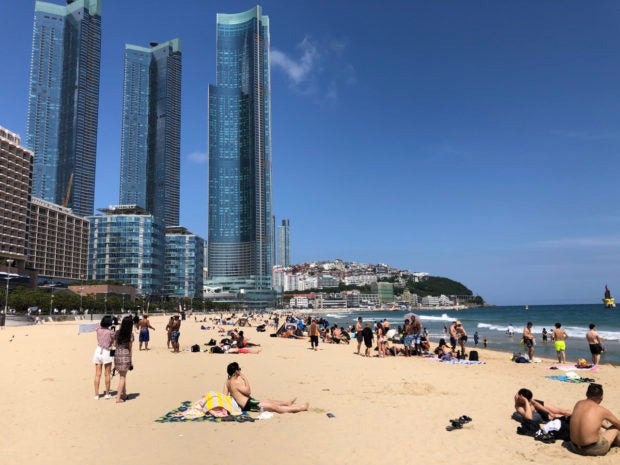 MANILA, Philippines — The port city of Busan in South Korea is gearing up for its bid to host the World Expo 2030, promising to put emphasis on new technologies and smart airports and seaports.

According to the 2030 Busan World Expo Committee’s website, hosting the event has been the dream of the city’s residents — a dream that has seen progress after offices essential to the bid were created with the national government supporting the project.

Busan vows to focus on technologies that would help the world keep the balance between development of the technology and with climate change and the ongoing COVID-19 pandemic — in accordance with its theme “Transforming Our World, Navigating Toward a Better Future”.

“If Busan succeeds in its bid to host a BIE (Bureau International des Expositions) registered World Expo in 2030, exhibitions with an emphasis on new technologies of the future such as artificial intelligence(AI), 6G, smart airports and seaports will be presented. This will create a new opportunity for making leaps forward in all areas of the economy, society, and culture,” the Committee noted.

“While the development of technology and the economy has been pursued as the way for better and happier lives, humankind is also facing unprecedented global challenges of climate crisis, the pandemic and digital divide. Dramatic and fundamental change, therefore, is called for to address them,” they noted.

Busan’s Committee noted that their bid has sub-themes revolving around the three global challenges:

“Each sub-theme correlates with the three pillars of the UN SDGs – people, planet, and prosperity,” the Committee said.

South Korea is one of the countries hoping to host the World Expo in 2030 after its neighbor Japan, which will be the venue for the World Expo 2025.  So far, Russia, Italy, Ukraine, and Saudi Arabia have submitted bids for the world fair.

The World Expo is an event organized by the BIE that is held every five years.  It is considered as one of the several major global events, aside from the Olympic Games and the football World Cup, both of which are held every four years.

South Korea is no longer a stranger to hosting global events: in 1988, it was the host for the 1988 Summer Olympics with Seoul being the main city for the games.  It also recently was the site for the 2018 Winter Olympics, held in Pyeongchang.

In terms of expos, the Committee mentioned that they have hosted a Special Expo in Daejeon in 1993 — or 100 years after it first participated in the Chicago World Expo.  Another Special Expo was hosted by South Korea in 2012, this time in Yeosu.

“The World EXPO 2030 Busan will provide an opportunity for all participants to recognize global challenges and give thought to the environment and new ways of life for humankind,” the Committee said.

The Korean-pop (K-pop) group and global sensation BTS was recently appointed as the ambassadors for the 2030 World Expo bid.

The boyband would be participating in a global concert, aside from a large list of promotional events, reports say.