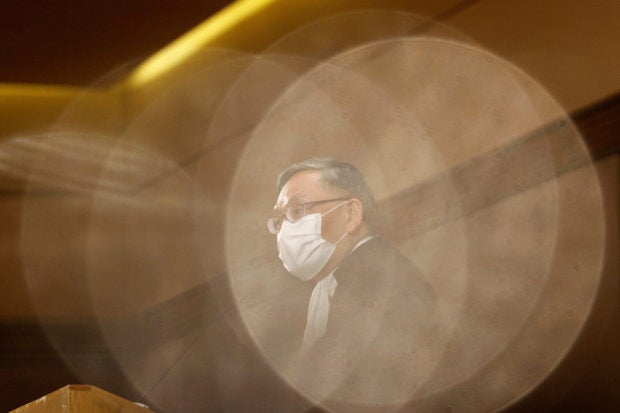 HONG KONG — Hong Kong’s highest court on Friday overturned the conviction of a protester for carrying plastic zip fasteners, with judges warning that the authorities’ expanded interpretation of the law risked creating a “thought crime”.

Chan Chun-kit was sentenced to 5-1/2-months’ jail by a lower court after his arrest in November 2019 towards the end of prolonged and sometimes violent anti-government protests that rocked the Asian financial hub that year.

Prosecutors had said the 48 zip ties that police found in his backpack fell foul of section 17 of the Summary Offences Ordinance in that he possessed “an instrument fit for unlawful purposes”. The defendant denied the charges.

The lower court magistrate ruled that Chan intended to use the ties to illegally bind street railings together to build barricades for fights and roadblocks.

The arguments and ruling were later upheld on appeal.

But a panel of five judges on the Court of Final Appeal unanimously overturned both the conviction and sentence on Friday, saying such a wide interpretation “would do violence to the language”.

“Furthermore, such a construction would render the scope of section 17 extremely wide and effectively turn the section into a thought crime,” the judges said in their ruling.

The panel was headed by Chief Justice Andrew Cheung, and included a foreign jurist, Anthony Gleeson, the former Chief Justice of the High Court of Australia.

Rulings by Hong Kong’s highest court are being closely watched by lawyers, activists and diplomats as national security and other protest-related cases start to work up through the court system.

Both local and foreign lawyers say the top court will be vital in the months and years ahead to ensure Hong Kong’s rule of law is maintained.

While this case did not involve the new law, the initial appeal was initially dealt with by three national security judges, Jeremy Poon, Derek Pang and Anthea Pang.

A spokesman for the government’s Department of Justice said it respected the Court of Final Appeal ruling and would study it. “The decision…clarifies the relevant legal principles,” the spokesman said.

Some foreign governments and lawyers have criticised the new security law for being too vague and coercive and warned that it puts Hong Kong’s legal independence at risk.

Both Chinese and Hong Kong officials have repeatedly said it is vital to ensuring long-term stability following the turbulence of 2019.