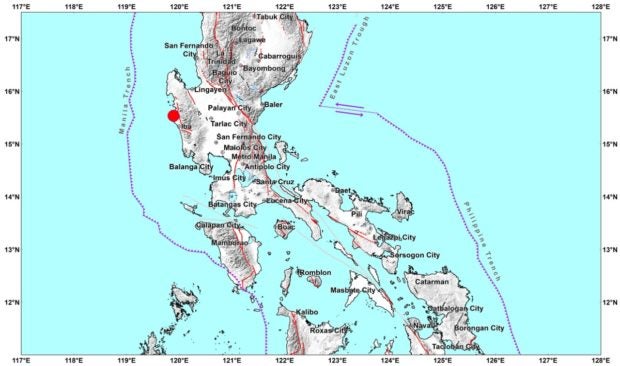 SAN ANTONIO, Zambales — A 4.6-magnitude earthquake jolted this province at 4:36 p.m. on Friday, the Philippine Institute of Volcanology and Seismology (Phivolcs) said.

In its bulletin, Phivolcs said the earthquake’s epicenter was located seven kilometers west of Masinloc town at a depth of 40 km, and was felt in some parts of Metro Manila and nearby provinces.

Earlier, netizens from the Manila and Pasay areas reported feeling a mild earthquake.

People on social media site Twitter said they felt it in Pandacan, Sampaloc, and other parts of Manila past 4:35 p.m.

The earthquake was felt here in Sampaloc, Manila at 4:38 PM.

As of now, Phivolcs said no damage and no aftershocks are expected.

This is a developing story. Please refresh for updates.