Sharp increase in burials in Russian-held areas of Ukraine —NGO 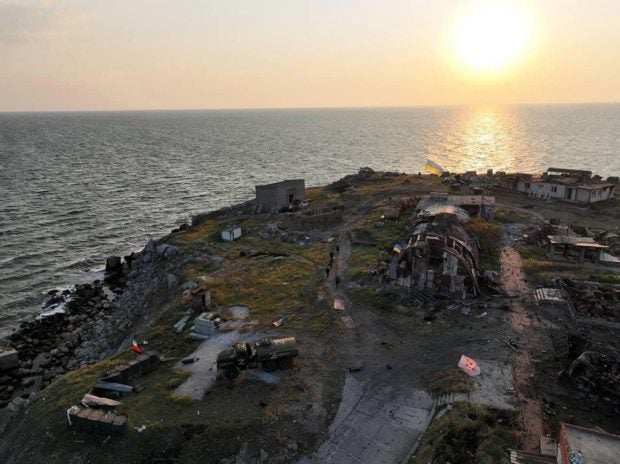 Kyiv, Ukraine — Satellite photos and on-the-ground images reveal a sharp increase in burials in Russian-held areas of Ukraine, according to a report released Friday.

The non-government Center for Information Resilience analyzed images of burials in six areas — two of them previously held by Russian forces and the rest still under Moscow’s control in southern Ukraine.

“Open source information can give unprecedented reach behind the frontlines of the war in Ukraine and into areas occupied by Russian forces,” said Benjamin Strick, director of investigations at CIR.

At the Starokrymske cemetery in Mariupol, the report’s authors said that around 1,000 new graves could be seen over a period of around five months between October 21 and March 28.

Russia invaded Ukraine on February 24 and its forces had taken almost complete control of the strategic port of Mariupol by the end of March.

The rate of burials grew sharply after that, with 1,141 new graves seen in satellite images between March 28 and May 12 and over 1,700 more between May 12 and June 29, the authors said.

The figures could not be independently verified.

“Makeshift burials and the growing number of graves around Ukraine, particularly in and around occupied areas, is a stark illustration of the civilian death toll following the Russian invasion.”

The images also showed large trenches being dug at two sites near Mariupol — Pionerske and Manhush — as well as makeshift graves around the city.

Ukraine estimates the total civilian death toll in Mariupol, which has seen some of the fiercest fighting of the war so far, at 22,000 people.

In Kherson in the south, which also remains under Russian control despite a Ukrainian counter-offensive, the report said 824 graves were dug between the start of the war and early April.

The UN human rights office puts the civilian death toll in Ukraine at more than 5,000 but believes the real toll is likely to be much higher.