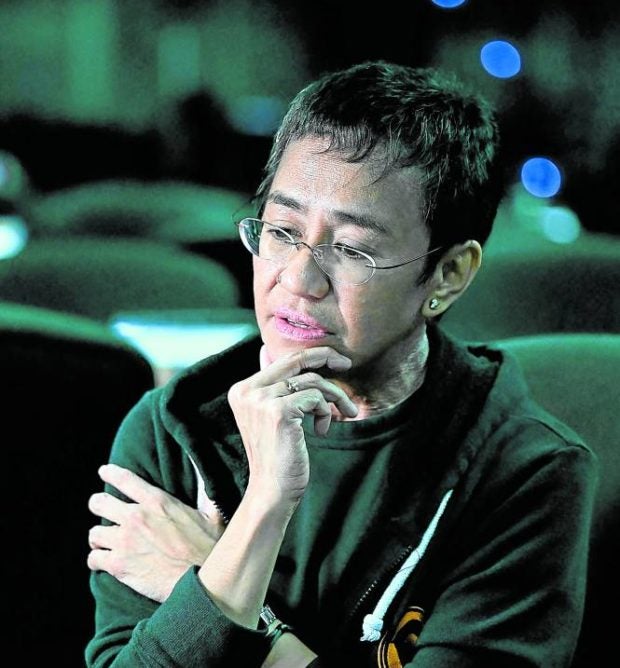 MANILA—Less than a year after winning the Nobel Peace Prize for her efforts to protect free speech, journalist Maria Ressa is fighting to stay out of jail while her news site Rappler faces possible closure.

But the spirited veteran reporter—a vocal critic of former President Rodrigo Duterte and his deadly drug war—refuses to be cowed into silence.

“This is a newsroom that’s been under attack for six years and we’ve prepared ourselves,” Ressa, 58, told the Agence France-Presse (AFP) this week at Rappler’s office in suburban Manila.

“We will not voluntarily give up our rights.”

Rappler, which Ressa cofounded a decade ago, had to battle for survival under Duterte as his government accused it of violating a constitutional ban on foreign ownership, as well as tax evasion.

Days before Duterte’s term ended on June 30, the company received a shutdown order from the Philippine Securities and Exchange Commission (SEC).

Less than two weeks later, Ressa lost an appeal against a 2020 conviction for cyberlibel, putting her one step closer to serving up to nearly seven years behind bars.

Drawing on decades of experience working as a journalist across Asia, including in conflict zones, Ressa said she had to be “ready for anything.”

“This is something I do as a person, whatever it is I’m most afraid of, I think about the worst-case scenario and then I plan it out,” said the former CNN correspondent, who is on bail.

Their lawyers describe the cases as “state-sponsored legal harassment.”

Trouble for Ressa and Rappler started in 2016 when Duterte came to power and launched a drug war in which more than 6,200 people died in police antinarcotics operations, official data show.

Rappler was among the domestic and foreign media outlets that published shocking images of the killings and questioned the crackdown’s legal basis.

Local broadcaster ABS-CBN—also critical of Duterte—lost its free-to-air license, while Ressa and Rappler endured what press freedom advocates say was a grinding series of criminal charges, probes and online attacks.

Duterte’s government said previously it had nothing to do with any of the cases against Ressa.

After the SEC shutdown order, Ressa said the online harassment increased “exponentially” and has continued since the son and namesake of former Philippine president Ferdinand Marcos succeeded Duterte.

“This was the largest spike for sure. It hasn’t stopped, it’s been pretty much nonstop,” Ressa said. “The attacks are always connected to a defense of the Marcos administration.”

Ressa became a journalist in 1986, the same year that the elder Marcos was ousted in a popular revolt and his family chased into exile in the United States.

Ferdinand Marcos Jr. won the May 9 presidential polls by a landslide, completing a remarkable comeback for the clan, helped by relentless online whitewashing of their past and powerful alliances with rival elite families.

Ressa said she was hopeful President Marcos would rule differently to his father, who presided over human rights abuses, corruption and the shuttering of independent media.

But the pattern in the past three weeks, including the social media attacks, “bodes ill for press freedom and for Filipino journalists,” she said.

“It hasn’t been magnanimity in victory,” Ressa said.

“This is not one or two people not being nice—these are concerted information operations.”

As Ressa and the company fight to have the SEC and cyberlibel decisions overturned, their future is uncertain.

She had hoped that winning the Nobel Peace Prize in October, which she shared with Russian journalist Dmitry Muratov, would shield her and other journalists in the Philippines.

While Mr. Marcos has given few clues about his views on Rappler and the broader issue of freedom of speech, activists fear he could make the situation worse.

Ressa said the outcome of the cases against her and Rappler could have broader implications for Filipinos and their rights.

She points to the controversial cyberlibel law, which she has been accused of violating. It was introduced in 2012 and applied to an article published by Rappler months before the law took effect.

“This is make or break,” Ressa said. “What’s at stake goes beyond my freedom or Rappler. It really will determine where this country will go.”