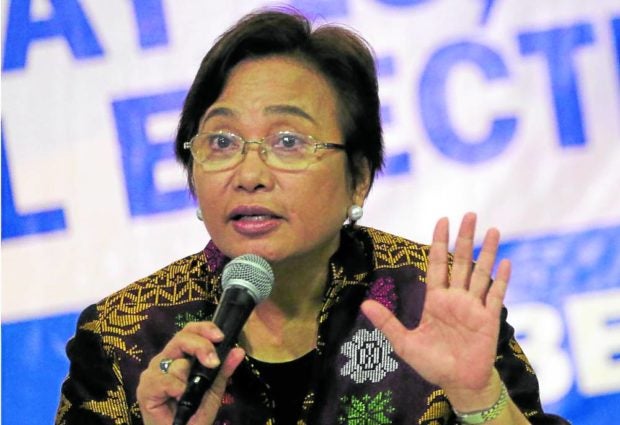 MANILA, Philippines — The Commission on Elections (Comelec) has directed its former commissioner Rowena Guanzon to comment on a petition seeking to cancel her certificate of nomination as the representative of the P3PWD party-list.

In an order dated July 6, the Comelec First Division told Guanzon to submit her answer “within a non-extensible period” of three days upon receipt of the order.

“Without giving due course to the Petition to Deny Due Course or Cancel certificate of Nomination with Prayer for Suspension of Proclamation filed on 27 June 2022, the Commission (First Division) hereby REQUIRES respondent to file her answer and/or comment to the Office of the Clerk of the Commission, via e-mail, within a non-extendible period of three calendar days from receipt . . .” the order read.

Guanzon took her seat as representative of the P3PWD after the Comelec en banc granted the request of the original nominees of the party to withdraw.

Cardema and his wife, Duterte Youth party-list Representative Ducielle Cardema earlier opposed before the Comelec Guanzon’s substitution of nominees of the P3PWD Party-list, saying it was an “attempt to circumvent the law and promulgated Comelec rules” as it was done seven months after the November 15 deadline.

The Comelec had denied this opposition.

The Duterte Youth Party-list then brought the case before the Supreme Court (SC), questioning the Comelec’s decision allowing Guanzon’s decision.

On June 29, the SC issued a restraining order enjoining the House of Representatives from allowing Guanzon and the other substituting nominees to assume office while the petition filed by the Duterte Youth Party-list is pending.