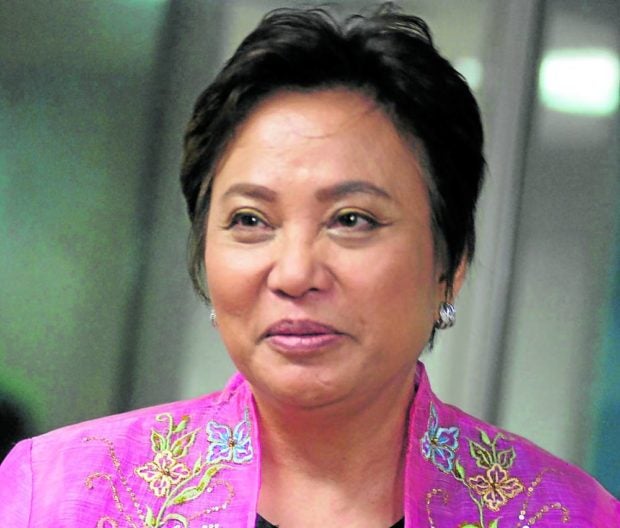 In a resolution made public Wednesday, the SC issued a restraining order enjoining the House of Representatives from allowing Guanzon and the other substituting nominees to assume office while the petition filed by the Duterte Youth Party-list is pending.

Guanzon and the House of Representatives were given a non-extendible period of 10 days to comment on the petition filed by the Duterte Youth party-list.

The SC said the temporary restraining order is “effective immediately and continuing until further orders.”

Via substitution, Guanzon has become the first nominee of the Komunidad ng Pamilya, Pasyente at Persons with Disabilities (P3PWD) Party-list group that won one seat in the House of Representatives during the May 9 elections.

On June 14, all the original P3PWD nominees submitted their resignation/withdrawal from the organization to the Comelec. That same day, nominee certificates of nomination and acceptance were submitted with Guanzon as the first nominee.

Then, on June 15, the Comelec granted the withdrawal of the original nominees of the P3PWD Party-list and gave due course to the new list of nominees led by Guanzon.

Duterte Youth Rep. Marie Cardema and chairman Carlo Cardema, in a petition filed before the SC, said the Comelec violated its own rule on party-list substitution since it was made after the elections.

Under Comelec Resolution No. 9366 promulgated in 2012 and amended by Resolution No. 10690 on January 27, 2021, the withdrawal of nominations and substitution of nominees due to withdrawal shall be made no later than November 15, 2021.

Duterte Youth added that Guanzon herself was among the commissioners who approved the participation of the P3PWD Party-list in the May 9 polls.

“Guanzon was just a public official/commissioner of the Comelec, less than 5 months ago and the Comelec is a collegial body meaning the entire body, including Guanzon, approved the inclusion in the ballot and participation in the 2022 elections of around 170 party-lists, including the P3PWD Party-List which she will have material benefit in if given due course to substitute now,” the Duterte Youth asserted in its petition.

On June 23, Guanzon already took her oath as P3PWD’s representative for the 19th Congress.

Guanzon, in a tweet, said she will file her comment to the Duterte Youth’s petition within 10 days.

“Contrary to his propaganda, [I] have a Certificate of Proclamation and I have submitted it to the House of Reps,” she said.

I will file a Comment to the Petition of Cardema in the Supreme Court within 10 days. Contrary to his propaganda have a Certificate of Proclamation and I have submitted it to the House of Reps.