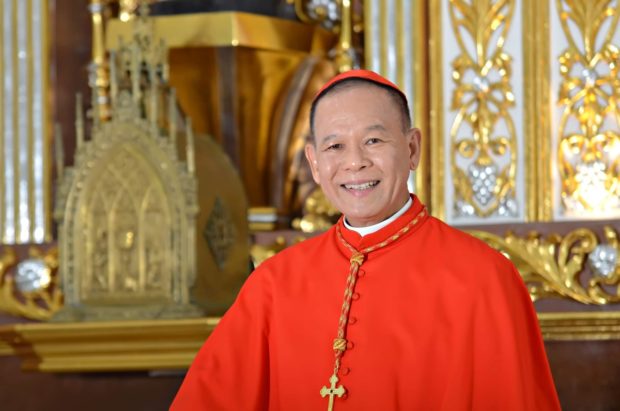 MANILA, Philippines — Cardinal Jose Advincula, the archbishop of Manila, is one of the new members of the Vatican’s Dicastery for Bishops, according to a report on the CBCP News website.

Pope Francis appointed Advincula to the dicastery, the second Vatican office of which the latter has been a member since becoming a cardinal in 2020.

“The members of the dicastery assist in choosing bishops for the dioceses. They analyze position papers, called ponenze, providing an opinion on candidates,” the Catholic Bishops Conference of the Philippines said on its website.

“The ultimate decision in appointing bishops rests with the pope, and he is free to select anyone he chooses. Usually, the pope’s representative in a country, the apostolic nuncio, passes on recommendations and documentation to the Vatican. The Dicastery of Bishops then discusses the appointment in a further process and takes a vote. On being presented with the recommendations, the pope makes the final decision,” it added.

The first office that Advincula became a member of was the Congregation for the Clergy.

Also appointed on Wednesday to the Dicastery for Bishops were “two religious sisters and one consecrated virgin, the first time women have been appointed to the dicastery.”

Below is the list of Pope Francis’ appointments as Dicastery members:

The membership of Zervino “marks the first appointment ever of a laywoman to the Vatican dicastery,” CBCP said, citing the Vatican News.

Manila Archbishop Advincula will be Cardinal-Priest of church in Rome