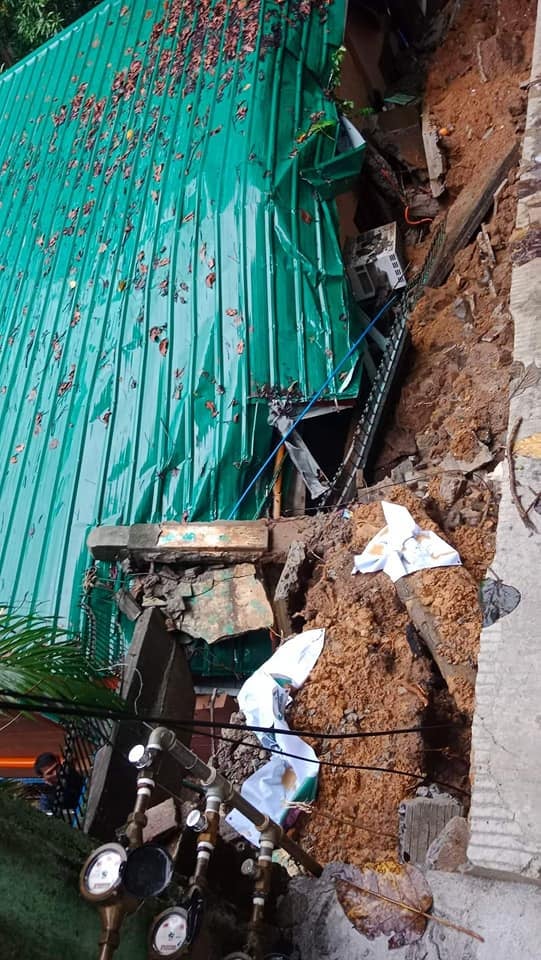 Heavy rainfall due to the southwest monsoon caused this retaining wall near a residential area in Barangay Kalaklan in Olongapo City to cave in. PHOTO COURTESY OF DRRMO-OLONGAPO CITY

OLONGAPO CITY–A retaining wall at a residential area in Barangay Kalaklan in this city collapsed on Wednesday, July 13, due to heavy rain, authorities said.

The city disaster risk reduction and management office said the collapsed wall injured some residents trapped under the debris.

The heavy downpour and strong winds also toppled trees, which blocked some major roads in the city.

At 8 a.m. on Wednesday, the Philippine Atmospheric, Geophysical and Astronomical Services Administration issued a heavy rainfall warning in the city due to the prevailing southwest monsoon.

The state weather bureau said heavy rainfall was observed in the city and was expected to continue in the next two hours. INQ