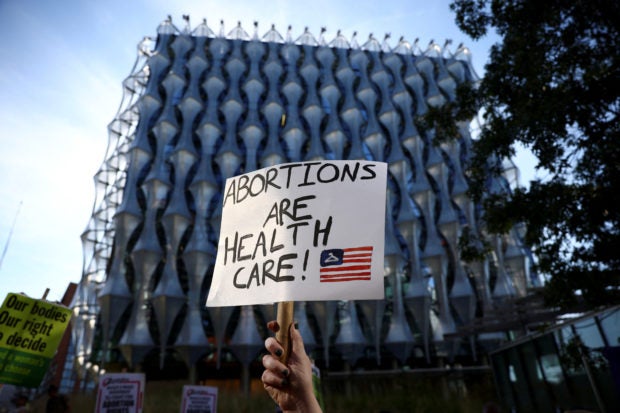 A federal judge on Monday blocked a 2021 Arizona law recognizing the personhood of a fetus from the moment of fertilization, siding with abortion providers who said the measure was too vague and exposed them to prosecution.

The Center for Reproductive Rights, which argued on behalf of providers before U.S. District Judge Douglas Rayes last week, also said the provision could conflict with a state law set to take effect this year allowing abortion up to the 15th week of pregnancy.

A lawyer for the Arizona attorney general’s office countered that the provision, which says state law must be interpreted to grant fertilized eggs, embryos and fetuses the same “rights, privileges and immunities available to other persons,” was not intended to create any new abortion-related crime.

During the hearing, Rayes expressed concern about a state policy that the provision’s effects be interpreted case by case in court, after providers voiced fears they could be prosecuted for child endangerment or other crimes.

Issuing a ruling on Monday, Rayes wrote that his motion blocking the law was not just about abortion. “It is about giving people fair notice of what the law means so that they know in advance how to comply.”

He said the interpretation policy was “so vague that it (makes) it impossible for plaintiffs to do their work with fair notice of conduct that is forbidden or required, in violation of their procedural due process rights.”

The case is one of many disputes over state abortion laws after the U.S. Supreme Court overturned the landmark 1973 Roe v. Wade ruling that legalized abortion nationwide.

Arizona passed the personhood law in April 2021. Abortion providers sued to block it last August, arguing that it was unconstitutionally vague because it did not make clear what conduct, if any, it would prohibit.

In March, Arizona passed a law banning most abortions after 15 weeks. That measure is set to take effect in September.