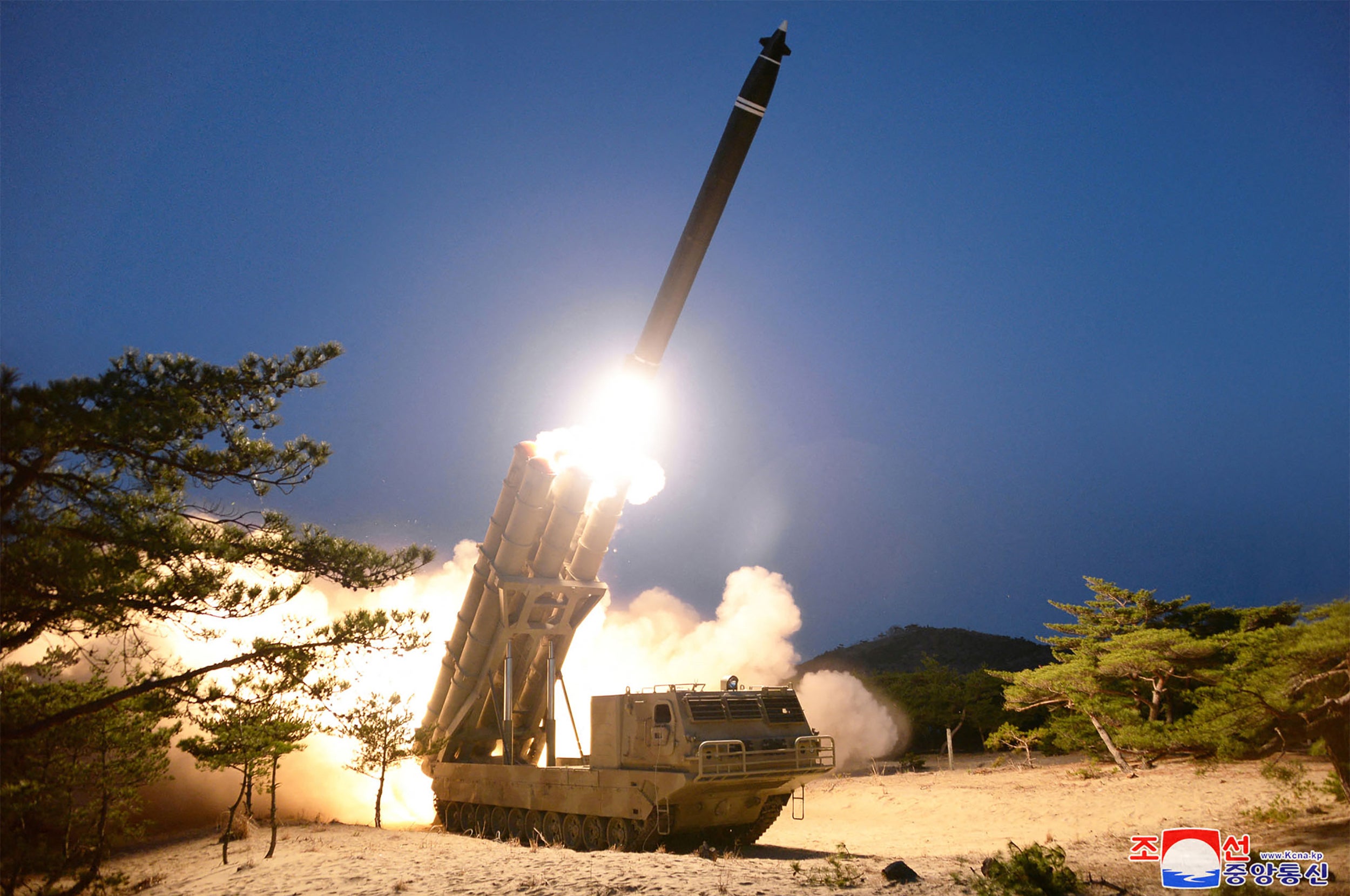 This picture taken on March 29, 2020 and released from North Korea’s official Korean Central News Agency (KCNA) on March 30 shows a test-fire of super-large multiple rocket launchers at an undisclosed location in North Korea. (Photo by KCNA VIA KNS / AFP)

SEOUL — North Korea fired what appeared to be multiple rocket launchers Sunday, Seoul said, the latest in a series of provocations by the nuclear-armed nation to heighten tensions in the region.

The South Korean military detected “flight trajectories” that were suspected to be shots from North Korean artillery, Seoul’s Joint Chiefs of Staff said.

“Our military spotted flight trajectories that are suspected to be North Korea’s multiple rocket launchers from around 18:21 to 18:37 pm today,” said the Joint Chiefs of Staff in a text message to reporters.

“Our military has strengthened surveillance and vigilance, and maintained a thorough readiness posture while keeping close US-South Korea cooperation,” it added, without further details.

Seoul authorities did not share how many trajectories were detected in total.

The presidential National Security Office held a meeting over the North’s firing, and said it was “closely monitoring” the situation in case of additional launches by Pyongyang.

North Korea has carried out a blitz of sanctions-busting weapons tests this year, including firing an intercontinental ballistic missile at full range for the first time since 2017.

Washington and Seoul officials have also warned that the isolated regime is preparing to carry out what would be its seventh nuclear test — a move that the United States warned would provoke a “swift and forceful” response.

Last month, South Korean Defense Minister Lee Jong-sup said Seoul would “strengthen” its defense capabilities, as well as its security cooperation with Washington and Tokyo, to counter the nuclear threat from Pyongyang.

A total of six US top-of-the-line F-35A fighters arrived in the South last week for a 10-day allied exercise running until July 14, in the first public deployment of American stealth warplanes in the country since late 2017.