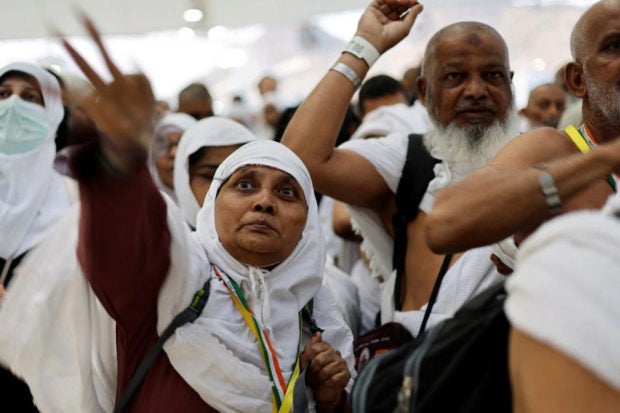 Muslim pilgrims cast their stones at a pillar symbolizing the stoning of Satan during the annual Hajj pilgrimage in Mina, Saudi Arabia, July 9, 2022. REUTERS

JAMARAT, Saudi Arabia — Hundreds of thousands of pilgrims threw pebbles on giant columns symbolising Satan on Saturday, part of the hajj pilgrimage that has drawn to a close as Muslims around the world celebrated the first day of Eid al-Adha feast.

Helicopters hovered overhead while security officers organised the flow of worshippers in Jamarat, where the stoning ritual takes place, as Saudi authorities closely watched the crowds to ensure an incident-free hajj, which has been marred in the past by deadly stampedes.

Limited numbers of pilgrims this year in the wake of the pandemic helped improve the experience. “Everything was easy, from organizing the crowd, or the stoning in Jamarat, to the Tawaf (walking in circles in Mecca’s Grand Mosque),” said a Palestinian pilgrim who only gave her first name, Nussaiba.

Saudi Arabia has said up to one million pilgrims, mostly from abroad, are expected this hajj season after two years of disruption caused by the COVID-19 pandemic during which the authorities allowed only Saudi residents to perform the pilgrimage.

That is down from some 2.6 million pilgrims who visited Islam’s two holiest sites in Mecca and Medina for hajj in 2019, and some 19 million others who attended umrah, a minor pilgrimage that can be performed at any time through the year.

The kingdom has developed a plan to gradually increase the number of pilgrims in the coming years, said Hesham Saeed, spokesman of the Saudi hajj ministry, adding that those plans would depend on the health situation around the world. 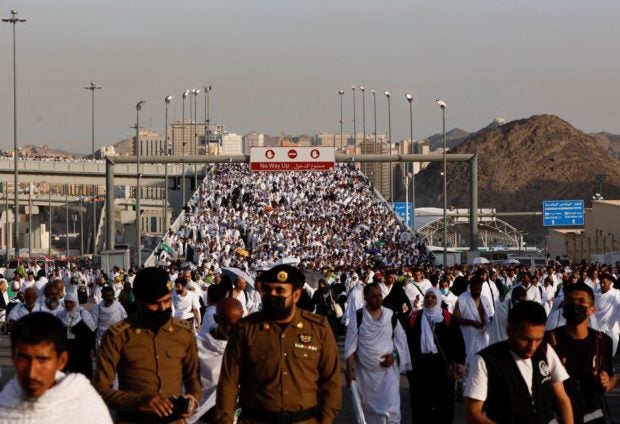 Muslim pilgrims walk before casting their stones at a pillar symbolizing the stoning of Satan during the annual Hajj pilgrimage in Mina, Saudi Arabia, July 9, 2022. REUTERS

Saeed said more than 916,000 pilgrims attended hajj this year, 85% of them from abroad.

Clad in white robes signifying equality in front of God, men and women from 165 countries converged on Jamarat to perform the ritual from a three-storey bridge erected to ease congestion.

Riyadh stakes its reputation on its guardianship of Islam’s holiest sites and organising the world’s largest religious gathering, which retraces the route Prophet Mohammad took 14 centuries ago.

In a speech welcoming the pilgrims published on state news agency SPA, Saudi King Salman thanked “the huge efforts made by workers in all sectors”.

The kingdom deploys tens of thousands of security officers and medics as well as modern technology including surveillance drones to maintain order.