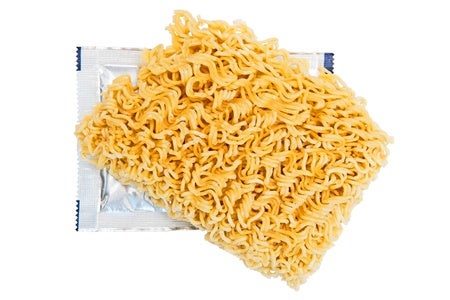 MANILA, Philippines — The alleged chemical contamination of a famous brand of instant noodles reported overseas has not been evident in local supplies, the Department of Health said on Friday following an investigation.

DOH spokesperson and Health Undersecretary Maria Rosario Vergeire said that these findings came out of the investigation mounted by the Food and Drug Administration (FDA) into Lucky Me! instant noodles, which have merited warnings from several countries abroad due to traces of ethylene oxide found in samples abroad.

Vergeire said this was because the noodles being sold in local markets are also manufactured locally.

“We are assuring everybody that the FDA has already verified na itong pong product na noodles na ito, meron po tayong local manufacturer. We are not currently affected by this incident of contamination, which happened in the European countries,” she added.

The DOH spokesperson also said that the FDA would continue investigating if any overseas noodle products reached the country.

The FDA has conducted its probe after receiving reports that the governments of Ireland, France, and Malta have issued safety warnings against Lucky Me for “high level of ethylene oxide.”

The FDA has explained that ethylene oxide is a processing aid used to disinfect herbs and spices, but the usage of the chemical for sterilization purposes in food is not allowed in the European Union.

Ingestion of ethylene oxide could cause headache, vomiting, loose bowel movement, and in extreme cases, breathing difficulty and fatigue, according to Vergeire.

Lucky Me! manufacturers clarified in an earlier statement that ethylene oxide is not added to their products and that it is compliant with local food safety standards.

They noted, however, that the chemical “is a commonly used treatment in spices and seeds to control microbial growth typical in agricultural products.”

“These materials, when processed into seasoning and sauces, may still show traces of ethylene oxide,” the company said.