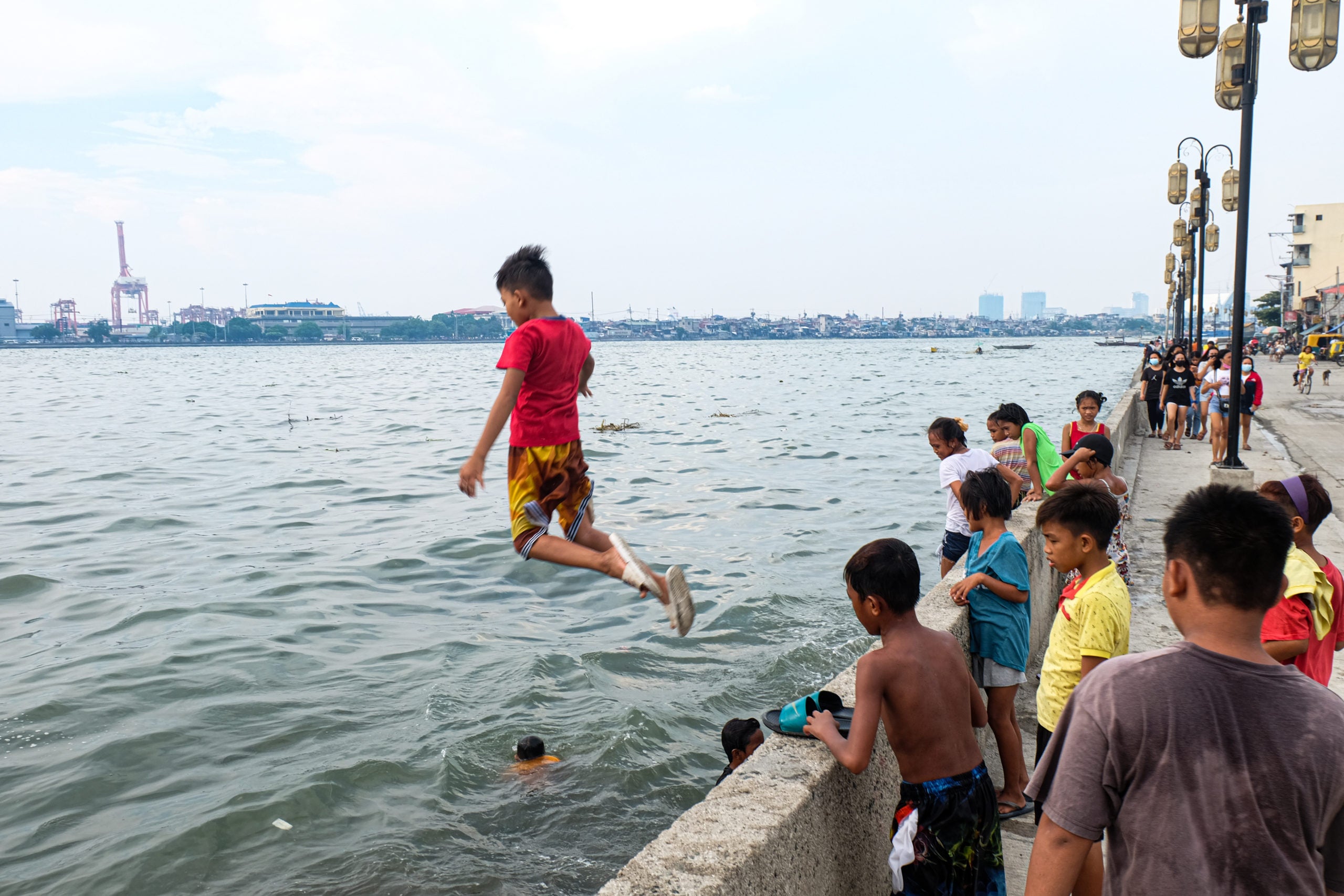 Children living near Manila Bay see no danger in living close to the sea. For many of them residing in packed communities, the water is their playground, their place for recreation. FILE PHOTO BY AC DIMATATAC

The 187 local governments in the National Capital Region, Central Luzon and Calabarzon have been ordered by the Department of the Interior and Local Government (DILG) to create their respective Manila Bay Task Force (MBTF). The MBTF will serve as a monitoring team responsible for the overall planning, and implementation of programs relative to the rehabilitation of the Manila Bay, under DILG Memorandum Circular No. 2022-090. The memo circular was dated June 28 but was released only two days after, making it one of the last policies of former Interior Secretary Eduardo Año. The creation of the local government MBTF is pursuant to the 2008 Supreme Court order directing the DILG and 12 other government agencies to clean up, rehabilitate and preserve Manila Bay, and to restore and maintain its waters to a level fit for swimming, skin diving and other forms of contact recreation. —Dexter Cabalza