Unemployment rate up to 6% in May 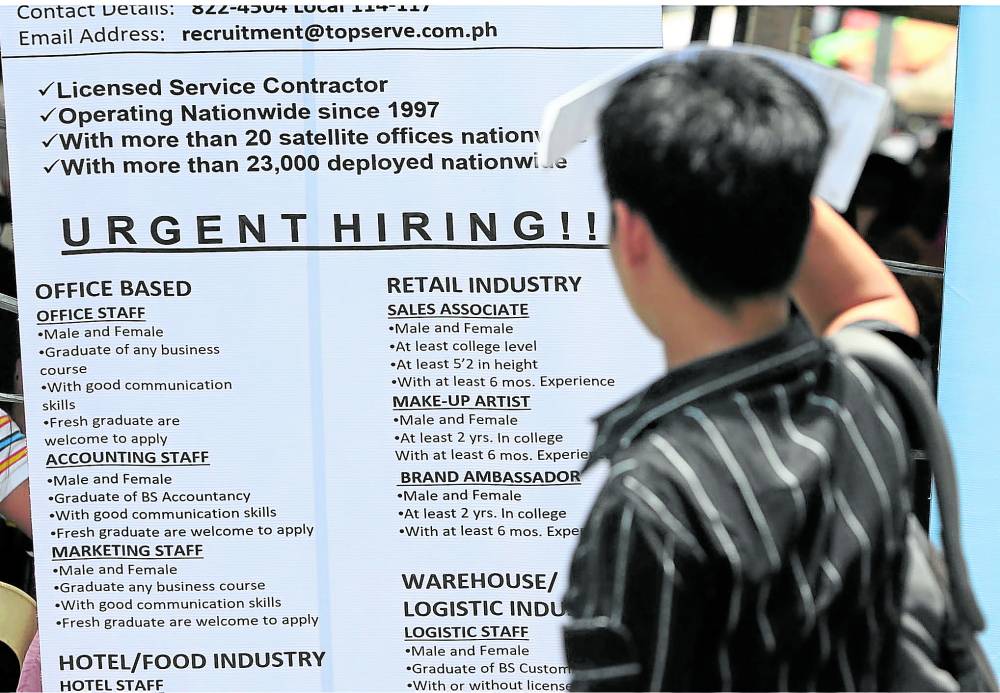 (FILE PHOTO) A man looks at a poster showing the list of jobs for hire. INQUIRER/MARIANNE BERMUDEZ

The 6-percent unemployment rate is higher compared to the 5.7 percent recorded in April.

However, the May unemployment rate is lower compared to the 7.7 percent recorded in the same month last year.

From 2.76 million in April, the number of unemployed people swelled to 2.93 million in May, the PSA said. In May 2021, there were 3.74 million unemployed individuals.

According to the PSA, 94 percent or 94 in every 100 people in the labor force have a job or business in May, lower than the 94.3 percent in April.

The services sector, the PSA said, dominated the labor market with 59 percent of the employed population. The agriculture and industry sectors followed with 22 percent and 19 percent, respectively.

Meanwhile, 14.5 percent or 6.67 million of the employed population are underemployed, the PSA noted.