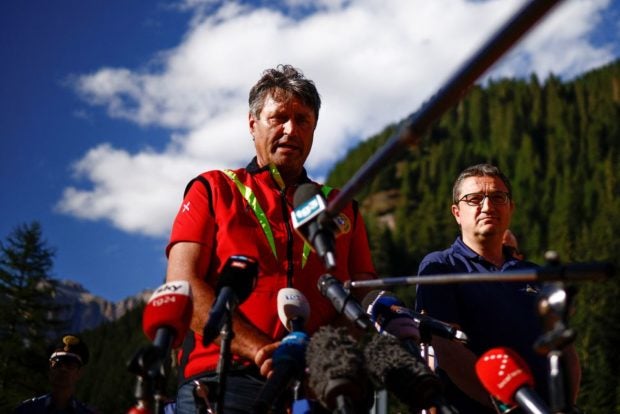 Maurizio Dellantonio, President of CNSAS alpine rescue, speaks during a news conference following a deadly collapse of parts of a mountain glacier in the Italian Alps amid record temperatures at Marmolada ridge, in Alba Italy July 5, 2022. REUTERS

CANAZEI, Italy –Five Italian climbers were still missing more than 48 hours after the deadly collapse of part of a mountain glacier in the Alps, a tragedy that is being blamed on rising temperatures.

At least seven people are known to have been killed in the avalanche on Sunday on the Marmolada, which at more than 3,300 meters (10,830 feet) is the highest peak in the Dolomites, a range in the eastern Italian Alps straddling the regions of Trento and Veneto.

That toll could rise given that five people remain unaccounted for despite searches with helicopters and drones over the past two days.

“When we arrived we saw a disaster, we realised the dimensions of this enormous avalanche,” said Stefano Coter, head of the local alpine rescue team and one of the first people to reach the scene.

“We found injured people in need of help and other people who were dead,” he added.

Much of Italy has been baking in an early-summer heatwave and scientists said climate change was making previously stable glaciers more unpredictable. 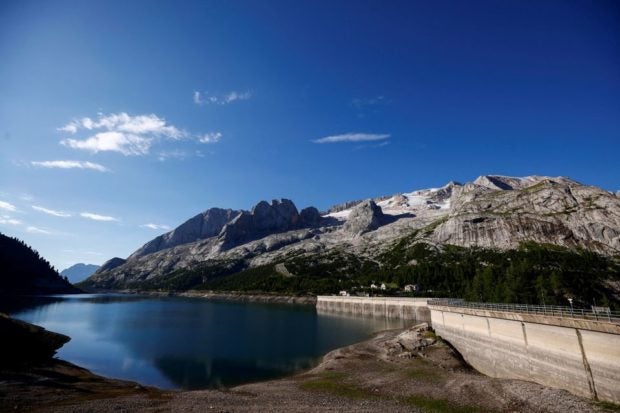 Punta Rocca summit is seen after part of a mountain glacier collapsed in the Italian Alps, at Marmolada ridge, Italy July 5, 2022. REUTERS/Guglielmo Mangiapane

Maurizio Fugatti, president of the Trento region, confirmed the death toll and the numbers missing at a news conference on Tuesday evening.

With the peak still unstable, rescuers have been using drones and helicopters to look for victims or try to locate them through their mobile phone signals. The teams found human remains or climbing gear at three or four sites on Tuesday.

Rescue coordinators said a layer of dust and debris was limiting the effectiveness of drone searches and they hoped to send a team of experts and search dogs to the lower part of the site on Thursday when the weather is forecast to be clearer.

The Marmolada will remain closed to tourists for the time being to allow rescue teams to operate, Giovanni Bernard, the mayor in the local town of Canazei, said earlier on Tuesday.

Hikers in the area said they were in any case frightened and would try to stick to safer routes.

“Right now after what happened I feel a bit scared because two days ago we were about to walk just near the glacier. It could have happened to us,” said Mikael Bouchard, a 29-year-old from Lyon.