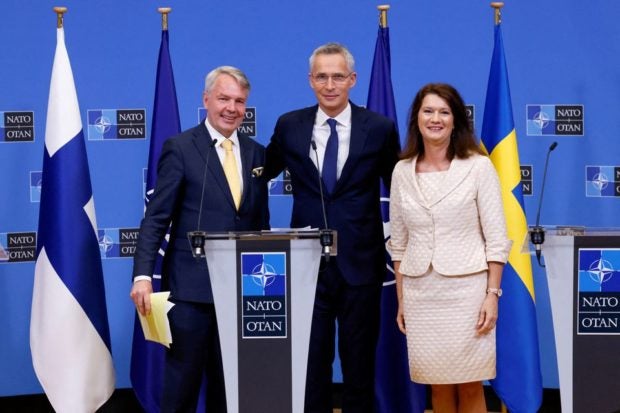 OTTAWA — Canada became the first country to formally ratify Finland and Sweden’s accession to Nato in an accelerated process completed shortly after member nations signed off on the nuclear-armed alliance’s expansion on Tuesday.

The accession protocol needs to be ratified by the parliaments of all 30 North Atlantic Treaty Organization members before Finland and Sweden can be protected by the Nato defense clause – that an attack on one member is an attack against all.

Members of Canada’s House of Commons had unanimously expressed their support for Finland and Sweden in a vote earlier in June before the chamber closed for a summer break.

Before using an administrative process to ratify their membership on Tuesday, Foreign Minister Melanie Joly spoke to opposition lawmakers to make sure they were in agreement, the minister’s spokesman said.

“We wanted to be the first country to ratify,” Joly’s spokesman said.

The signing of the protocol still allows Helsinki and Stockholm to participate in Nato meetings and have greater access to intelligence until ratification.

“Canada has full confidence in Finland and Sweden’s ability to integrate quickly and effectively into Nato and contribute to the alliance’s collective defense,” Canadian Prime Minister Justin Trudeau said in statement.