Sniffer dog detects P210,000 worth of ‘shabu’ at Zamboanga airport 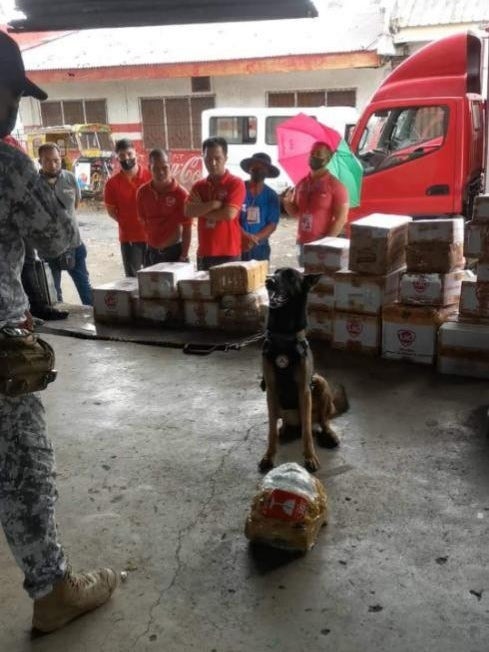 MANILA, Philippines — The Philippine Coast Guard (PCG) on Tuesday said one of its sniffer dogs detected suspected “shabu” from an outbound package in Zamboanga International Airport.

The PCG said its dog named “Bunny” showed a positive indication on a particular package at around 12:50 p.m. on Tuesday.

The PCG said the estimated market value of the seized illegal drug is P210,000.

According to the PCG, Philippine Drug Enforcement Agency operatives took over the case for further investigation.