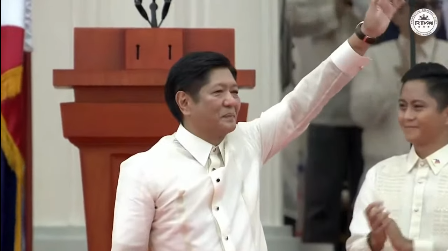 He made the remark after holding his first Cabinet meeting on Tuesday, saying that while they had a “good start,” he and his Cabinet members were not able to finish all the discussions.

“We were there for four hours but we still weren’t able to cover everything… Hindi kami natapos simply because there was so much to talk about,” he said in his first Palace briefing.

(We couldn’t finish our discussions because there was so much to discuss.)

“I am planning perhaps for the next two to three weeks to accelerate the number of Cabinet meetings baka two a week muna hangga’t maliwanag na maliwanag na,” Marcos added.

(Maybe two Cabinet meetings a week for now until our directives are very clear already.)

In their first Cabinet meeting, Marcos said the economic team was able to present “the general principle that they would like to do.”

Vice President Sara Duterte, who also serves as the chief of the Department of Education, was also able to present her ideas on returning to face-to-face classes, which are eyed for the next semester.

Marcos also said that he was able to talk to the Department of Transportation “at great length” on plans to support the return of face-to-face classes.

“It’s important to me that the entire Cabinet understands what it is we are trying to do, how we are going to do it, what the time table is and how it all fits together and that’s what we made a good start on today,” he said.