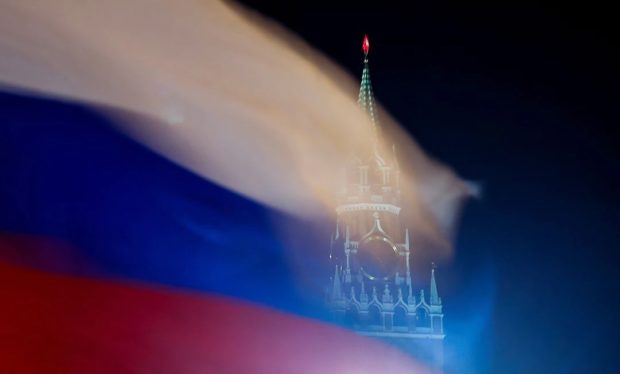 Russian flag flies with the Spasskaya Tower of Moscow’s Kremlin in the background in Moscow, Russia February 27, 2019. REUTERS

MOSCOW — Will there be nuclear war? Will Russia win the Ukraine offensive? Will my son survive?

As the Kremlin presses ahead with its military intervention in the pro-Western country, more and more Russians are turning to astrologers.

In Russia’s second city of Saint Petersburg, bespectacled Elena Korolyova receives clients in her apartment, where two cats prowl between piles of books.

“People want to know what will become of Russia, cut off from the rest of world,” the 63-year-old told AFP.

Astrologers, psychics and mediums have for years been popular in Russia, and particularly turbulent years have seen demand for their services increase.

As the country reels from a barrage of unprecedented sanctions over Ukraine, more and more Russians are turning to astrology as they peer into the future.

Korolyova, a grey-haired philologist by training who rose to fame in the former imperial capital through word of mouth, seeks to reassure her clients.

She predicts that Moscow will not only survive the economic storm, but also emerge victorious.

“The global cataclysm will intensify in September, but Russia will come out of it stable and prosperous,” she said.

Korolyova charges 5,000 rubles ($90) per consultation and says — without wanting to reveal any numbers — that since President Vladimir Putin sent troops into Ukraine on February 24 requests from clients have increased.

In the first week of the conflict, the number of searches for “astrologer” more than doubled on Russia’s main search engine Yandex — from 42,900 on February 19 to 95,000 on March 5, according to the company’s keyword statistics.

In Moscow, another prominent astrologer, Konstantin Daragan, who made a name for himself by claiming to have predicted the coronavirus pandemic, also says Russia will win on the ground in Ukraine and in its clash with the West.

“Russia will become the centre of the world after the conflict,” he said on social media recently.

Originally from Ukraine’s eastern region of Donbas that the Russian army has been seeking to conquer, the aeronautical engineer turned astrologer claims to have advised ministers, bankers and even members of Ukraine’s secret services in the past.

Having left for Moscow after pro-Western authorities came to power in Kyiv in 2014, he supports the Russian military intervention, even if his hometown of Lysychansk has been ravaged by fighting.

For him, too, business is booming.

His “School of Classical Astrology” doubled its student numbers since Putin launched the Ukraine intervention, now counting around 200 in Moscow.

Sociologist Alexei Levinson of the independent Levada research centre said that an attempt to read the stars is a way of making sense of reality for many “confused” Russians.

“Faced with a universe that has collapsed, some prefer to take stars as guides rather than their leaders,” he said.

“Astrology today is a kind of psychotherapy or new religion.”

Anna Markus, one of Daragan’s students in her 50s, said she looks to the stars for “logic in events on Earth”.

“Russia is designated as the only culprit of the conflict, but it is obvious that a third country is the real culprit,” she told AFP.

She has a star chart that she claims proves the United States is guilty.

Over the border in battered Ukraine, the stars, predictably, show the opposite.

Astrologer Vlad Ross, who is popular in Ukrainian media, says that Putin is “gravely ill” and “will not survive past March 2023”.

“Saturn is the sign of Russia against Uranus, the sign of Ukraine. Our victory is imminent,” assured another star Ukrainian astrologer, Angela Pearl, in a video viewed more than a million times since mid-May.

Desperate Ukrainians are turning to astrologers for a sign that their loved ones on the front will survive or if they will have to flee advancing Russian troops.

Ukrainians want to know “if nuclear war will happen, if they should leave their country, if their loved ones are in danger”, astrologer Olena Umanets told AFP.

“Russia will explode in March 2023,” predicted the 38-year-old former musician, who fled Ukraine for Switzerland.

Her $100 online consultation reassured one client, a 46-year-old television producer in Kyiv named Kristina, worried about her husband who is fighting on the frontline.

“My husband just called me. He thanks God for having survived the night,” she wrote to her astrologer in June.

“Thank you for having encouraged me to pray for him, it relieved me to share this responsibility with the stars.”