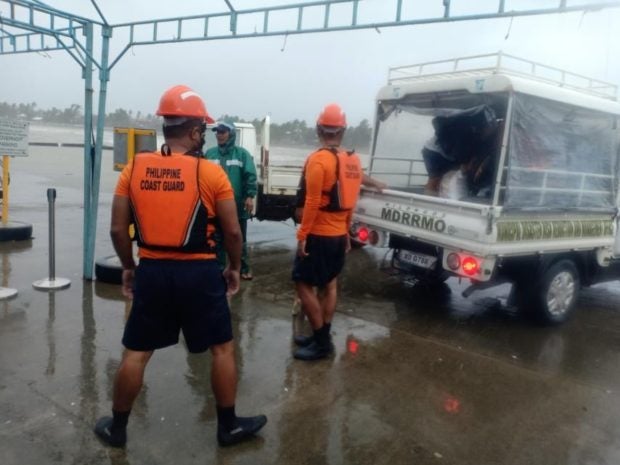 MANILA, Philippines — More than 9,000 ranking and non-officers of the Philippine Coast Guard (PCG) have been promoted and Commandant Artemio Abu led their oath-taking in a ceremony on Monday.

According to the PCG, a total of 9,075 non-officer personnel and 65 officers were promoted and the oath-taking rites happened at the PCG headquarters in Manila.

The 9,075 promoted non-officers of PCG were composed of:

Meanwhile, 65 PCG officers with the ranks of Lieutenant and Lieutenant Junior Grade were also promoted.

The PCG said the promotion is the “single biggest promotion” in its office to date, representing around 39 percent of the 23,000-strong PCG.

“Upon consultation, we found out that there are available slots for promotion. There is sufficient funding, the fund utilization for this purpose is justified, and the promotion uplifts the morale of our people,” Abu said in his speech during the oath-taking ceremony.

Abu also expressed gratitude to the promoted personnel, saying they are “the fuel that keeps the PCG running at its best.”

“We are deeply grateful for your service. You have handled every task with a sense of duty, urgency, and excellence,” he said.

“This promotion recognizes your hard work and significant contributions to the organization and the nation. More importantly, it reflects the trust that the PCG bestows upon you to take on bigger responsibilities,” he added.

Abu then urged the promoted personnel to continue demonstrating sincere service, striving for excellence, and being “consistent” in committing to PCG’s ideals and goals.

“Never lose sight of our organization’s purpose: to save lives, ensure safe maritime transport, advocate cleaner seas, and secure the Philippine maritime jurisdiction. I wish you all the best in your future endeavors as Coast Guardian the Filipino can rely on,” Abu said. — Iliana Padigos, INQUIRER.net intern