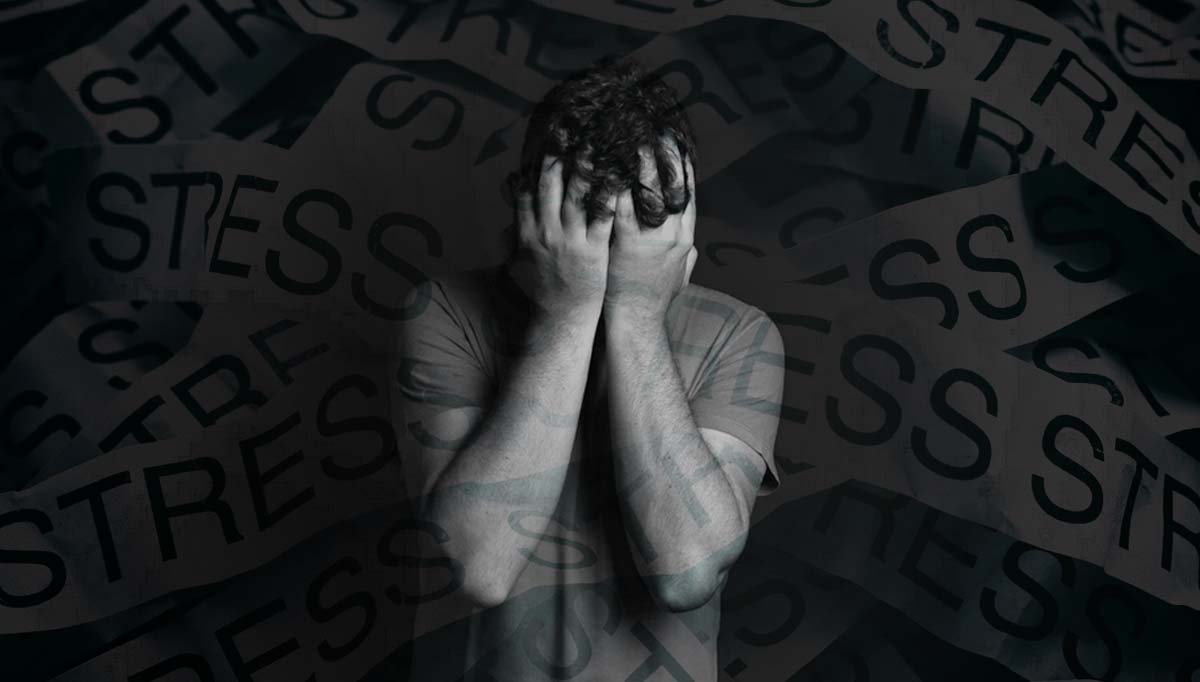 MANILA, Philippines—Employees worldwide spend 81,396 hours of their lives at work, but those in the Philippines had been found to have the highest stress levels in Southeast Asia in 2021.

While workers everywhere, polled by analytics firm Gallup, said life at work is “not well,” those in the Philippines are among the most stressed out in the world.

This was revealed by Gallup in its “State of the Global Workplace: 2022 Report,” which reached the conclusion that “stress among the world’s workers reached an all-time high—again.”

“Those who agreed with this item may not have been stressed about work, but they were certainly stressed at work. Inevitably, the stress workers feel impacts the workplace,” the Gallup report said.

READ: Jobs for Filipinos: Dark past and present, uncertain future

The firm asked 68,000 workers in over 140 countries and half of 1,000 Filipinos 15 years and older who were surveyed for the report said “yes” when asked whether they experienced stress most of the day.

At 50 percent, worker stress in the Philippines was the highest in Southeast Asia in 2021. While it was three points lower than 53 percent in 2020, it was still higher than the global average. 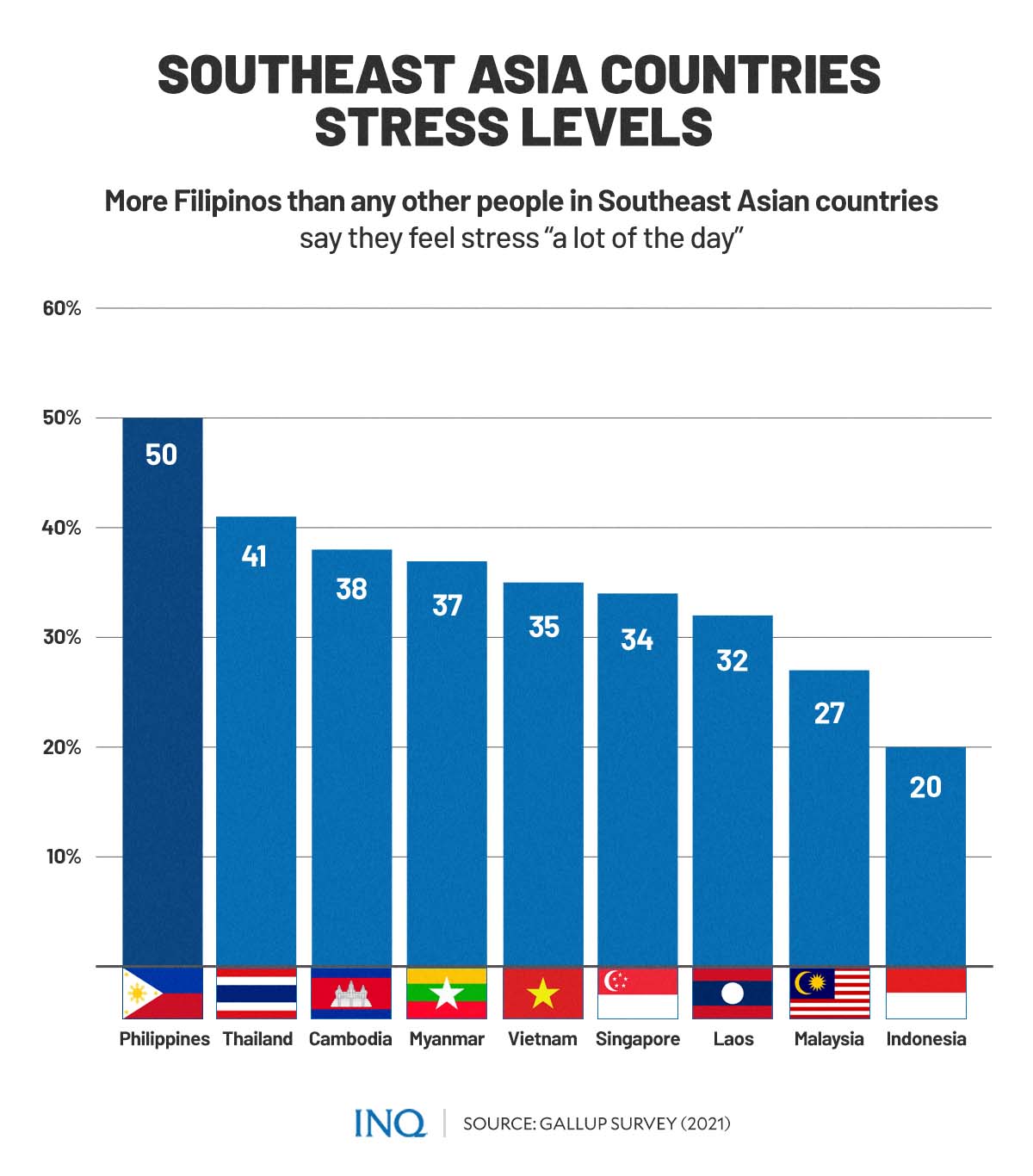 Thailand also saw stress taking its toll on its workers, with 41 percent saying they experienced a lot of stress the previous day. Likewise, in the ranking were Cambodia (38 percent), Myanmar (37 percent) and Vietnam (37 percent).

The State of the Global Workplace Report, released yearly, “represents the collective voice of the global employee” regarding work engagement and even the negative emotions they experienced.

Gallup said that while 2021 saw declines in worry, sadness and anger levels, all these negative emotions, like stress, remained above pre-pandemic levels. 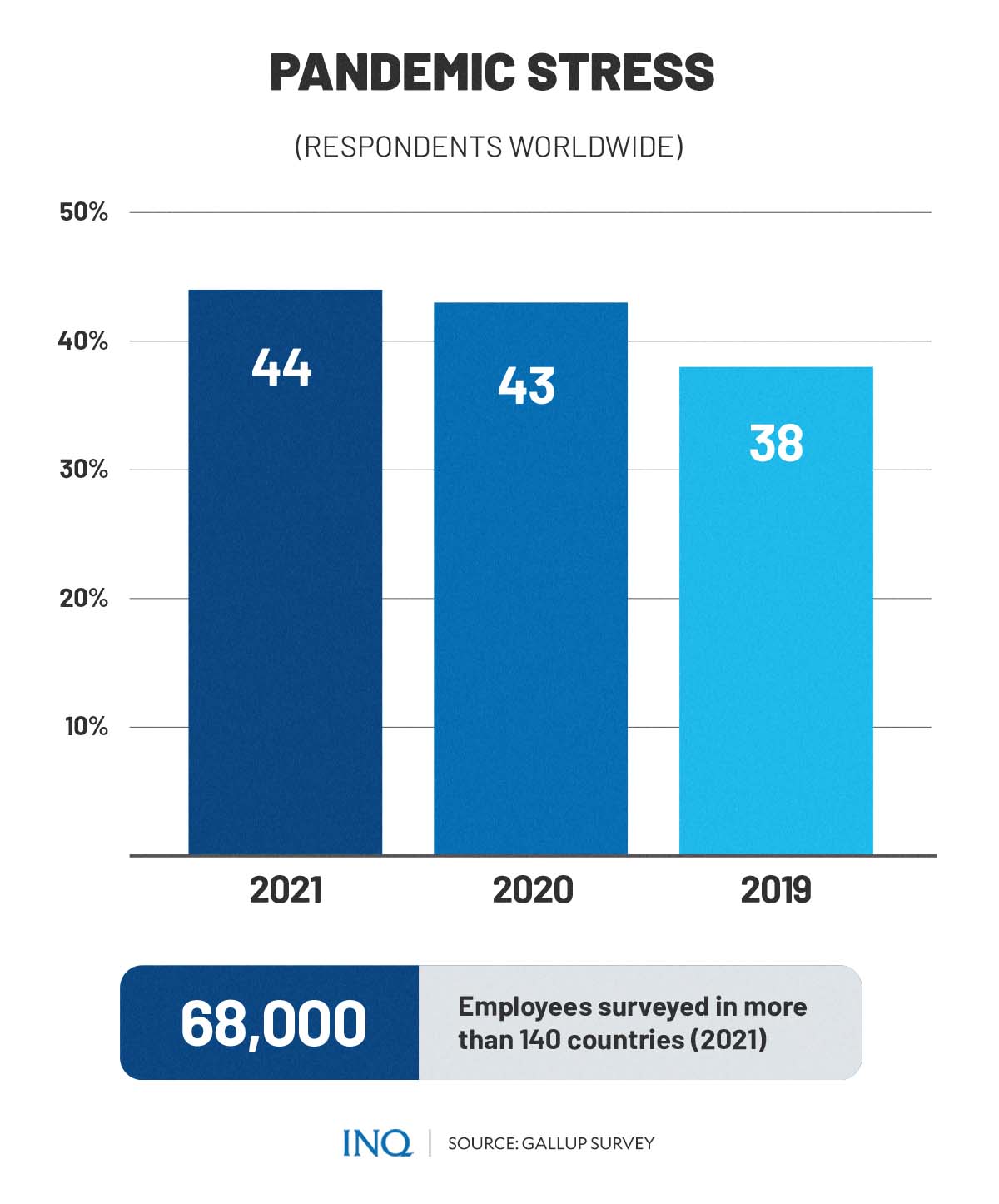 Gallup said Filipino workers were clearly not spared from these miseries as 32 percent said “yes” when asked whether they experienced a lot of sadness the previous day, the second-highest in Southeast Asia, next to Cambodia (41 percent).

With 24 percent of its employees saying they experienced a lot of anger the previous day, the Philippines was ranked third when it comes to daily anger, next to Laos (34 percent) and Myanmar (27 percent).

The Philippines, meanwhile, was ranked seventh in Southeast Asia when it comes to daily worry. The first on the list was Cambodia (50 percent), while Singapore (21 percent) had the least percentage of workers who experienced a lot of worry.

Not totally worse off

While Filipino workers’ experience of negative emotions was high, the Philippines was first in a ranking of Southeast Asian countries when it comes to employee engagement, with 31 percent of employees saying they are engaged at work.

This, however, was one point lower than 32 percent in 2020. Worldwide, the average employee engagement rate in 2021 was 21 percent, while the average life evaluation rate was 33 percent.

“Engaged employees are highly involved in and enthusiastic about their work and workplace. They are psychological ‘owners,’ drive performance and innovation, and move the organization forward,” Gallup said. 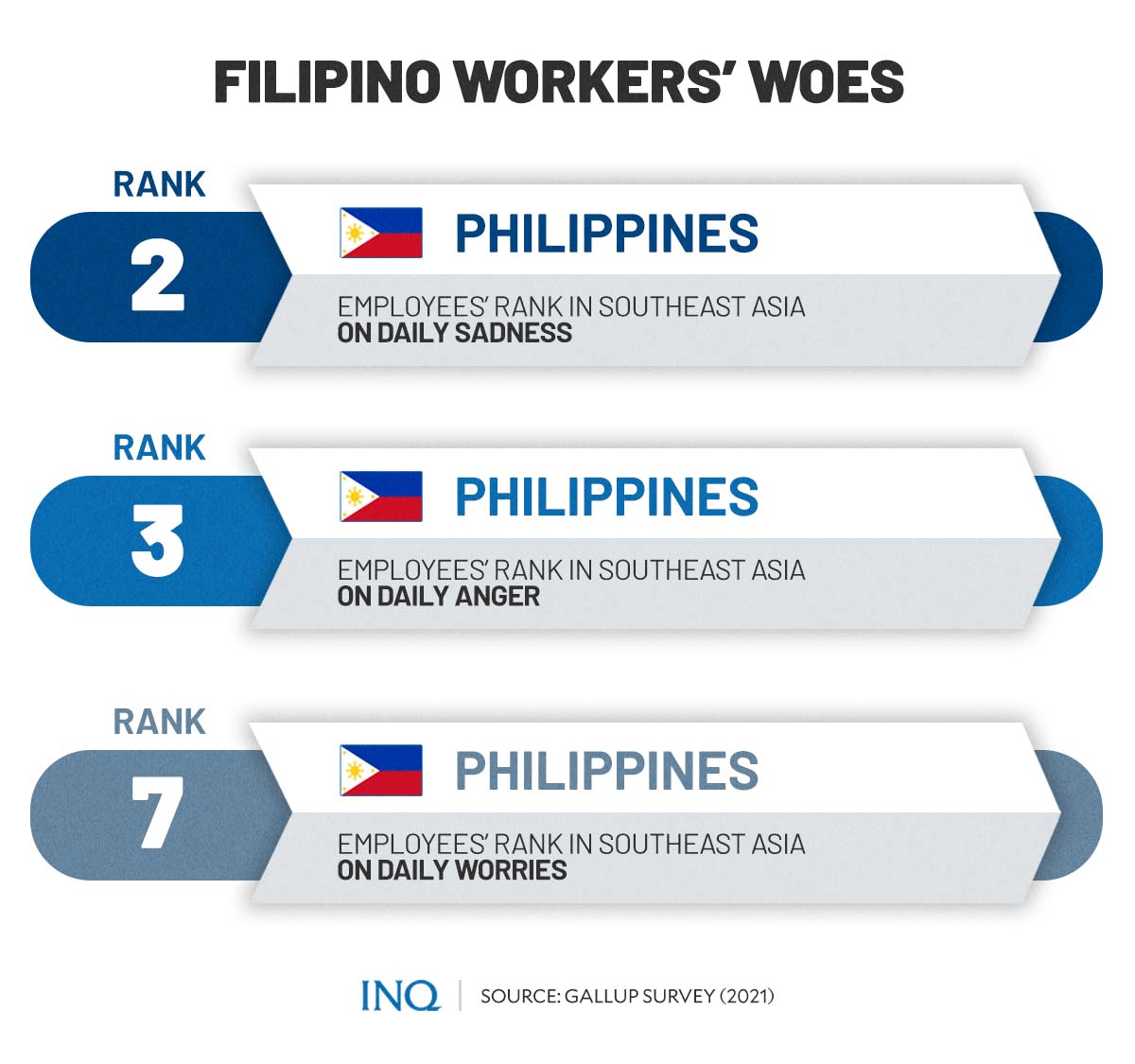 When asked about the job climate, 63 percent said “now is a good time” to find a job. The Philippines was next to Laos (71 percent) and Cambodia (64 percent). However, the 63 percent was six points lower than the 70 percent in 2020.

Best region to be an employee

Gallup said that while employees in the United States (US) and Canada were some of the most worried and stressed workers in the world last year, the region had the most engaged employees.

The region was ranked second for wellbeing, with over half of employees saying that they are “living comfortably” on their household income, compared with 22 percent globally:

Likewise, 71 percent of employees in the US and Canada said “now is a good time” to find a job. East Asia was ranked last, with only 27 percent. Southeast Asia, with 40 percent, was ranked seventh.

Gallup said that “only 45 percent of workers globally said now is a good time to find a job in their country, slightly higher from last year, but less than the record 55 percent in 2019.”

It stressed that both Europe and South Asia saw a five-point decline in wellbeing in 2021, with South Asia having the lowest wellbeing in the world at 11 percent. Europe had an average of 47 percent.

“Workers in these regions not only felt like their current life was worse than it had previously been, their hope in the future also dropped,” Gallup said.

For Gallup, employee wellbeing is the new workplace imperative, stressing that wellbeing and engagement interact in powerful ways.

“The relationship between wellbeing and engagement is vital because how people experience work influences their lives outside work, and overall wellbeing influences life at work.”

“Organizations need to think about the whole person, not just the worker. Leaders need to add wellbeing measurements to their executive dashboards [and] prioritize employee wellbeing as part of their employer brand promise,” it said.

“When leaders take responsibility for the wellbeing of their workers, the result is not only productive organizations but thriving individuals, families and communities.”