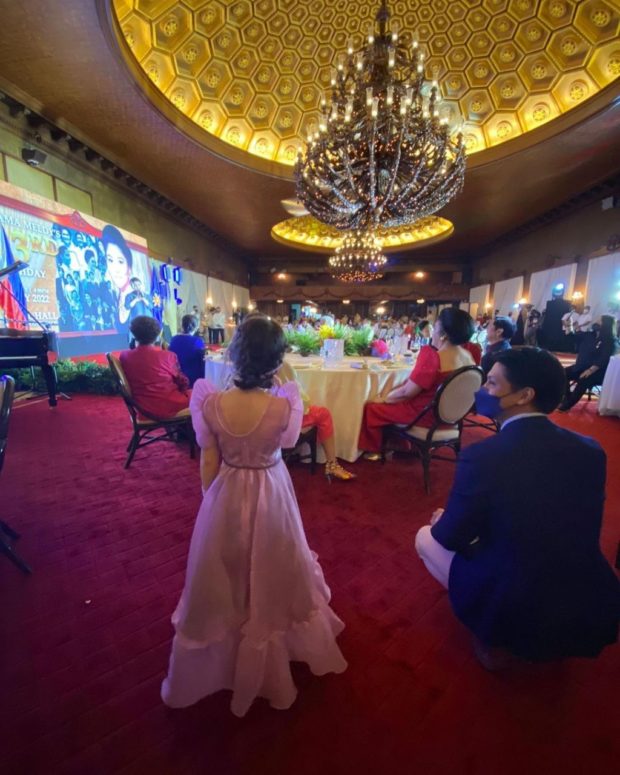 MANILA, Philippines — President Ferdinand “Bongbong” Marcos Jr. will adhere to the law, especially in the use of public funds when it comes to holding private parties or events for family members, Malacañang said on Monday.

During a press briefing, Press Secretary Trixie Cruz-Angeles was asked for assurance that public funds will not be used to bankroll parties for family members, in the wake of the celebration for the 93rd birthday of Marcos matriarch, former First Lady Imelda Marcos at the Rizal Ballroom inside the Malacañang on Saturday night.

Pictures of Imelda’s birthday party were shared by relatives on social media, among them by her grandson Michael Manotoc, son of Sen. Imee Marcos.

“We assure you that the President will adhere to [the] law, that is the presumption,” Cruz-Angeles said. “The President has no directive in excess of anything that is written in the law.”

Cruz-Angeles said the Palace “acknowledges” concerns regarding parties being held in Malacañang, but that the President has yet to issue any directive regarding the holding of social events in the Palace.

“There is no policy yet in place and that’s all we can really say about it. It was a family affair so I don’t know if a policy will be born out of this one but we’ll certainly note of that observation,” Cruz-Angeles said.

Prior to the soiree for Imelda’s birthday, dinner was also held in Malacañang on June 30 following the oathtaking of Marcos as the 17th president of the country.

“The inaugural dinner went very well. It was well-attended. It was a happy occasion for everybody who was there,” Cruz-Angeles said.

The inaugural dinner was attended by VIP guests from the political and business circles. A golden medallion bearing Marcos’ image on one side and the presidential seal on the other side was also given to the guests.