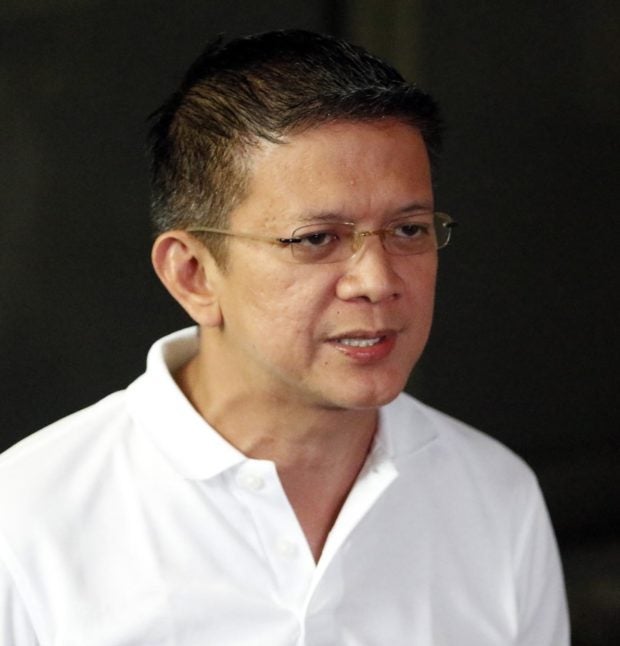 MANILA, Philippines — Senator Francis “Chiz” Escudero raised what he called a “unique legal quandary” over the first veto of President Ferdinand “Bongbong” Marcos Jr. against a bill passed by Congress under the previous administration.

“I am uncertain if PBBM (President Bongbong Marcos) can veto a bill passed by the “previous” Congress (when he was not yet President),” Escudero said in a tweet Sunday.

“If he can’t sign it (because the signatories will be composed of past/present officials that didn’t serve at the same time), can he veto it? [It’s] a unique legal quandary,” he added.

I am uncertain if PBBM can veto a bill passed by the “previous” Congress (when he was not yet President). If he can’t sign it (because the signatories will be composed of past/present officials that didn’t serve at the same time), can he veto it? Its a unique legal quandary…

“It has happened before,” Sotto added.

Yes he can. It has happened before. https://t.co/bb1FCcx8mF

While Escudero made no mention of the bill he was referring to, Marcos, over the weekend, vetoed a bill seeking to establish and grant tax perks to the proposed Bulacan Airport City Special Economic Zone and Freeport.

Sotto, in a separate tweet, said former President Rodrigo Duterte should have signed the Bulacan airport ecozone bill, which he said was supposed to lapse into law this week.

PRRD should have signed it. It was going to lapse into law by July 3rd. https://t.co/bb1FCcx8mF

Senators and a House lawmaker said they intend to refile the vetoed bill.

For Albay Rep. Joey Salceda, he stressed the need to make the measure “clearer” and to provide “conventional checks and balances” under it.