DSWD to start distribution of P500 cash aid on Monday 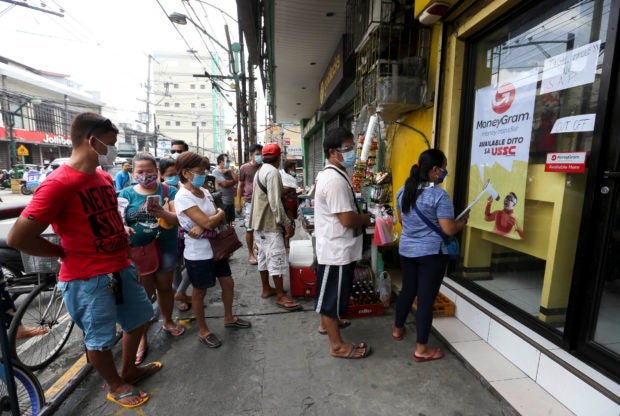 SUBSIDY Beneficiaries of the government’s cash aid wait for their turn to claim their money from a remittance center in Tondo, Manila. INQUIRER file photo / LYN RILLON

MANILA, Philippines — The Department of Social Welfare and Development (DSWD) on Sunday announced that the distribution of the P500 financial aid or the first tranche of the Targeted Cash Transfer (TCT) Program will start on Monday, July 4.

According to DSWD Sec. Erwin Tulfo, it may take only around five to six days to deposit the cash aid to the cash cards of beneficiaries.

(President Marcos called me this Saturday to ask when the cash aid will be released. I said, ‘on Monday morning sir’.)

Tulfo said the agency aims to  to give the cash assistance to  12.4 million beneficiaries.

(The assistance will help our poor countrymen especially as the prices of goods continue to rise due to the current global crises.)

On Friday, the Department of Budget and Management (DBM) released P6.2 billion in monthly assistance to Filipinos who belong to the “low-income families” category.

The TCT program covers 4 million families from the Pantawid Pamilyang Pilipino Program (4Ps); 6 million non-4Ps who were former beneficiaries of the Unconditional Cash Transfer Program; and 2.4 families on the DSWD’s poverty data.

Beneficiaries will receive a P500 monthly cash subsidy for six months to be distributed in three tranches—or P1,000 per tranche.

Former President Rodrigo Duterte issued the directive last May, but the fund for the program was released only last Friday, under the administration of President Marcos.

Erwin Tulfo vows to be DSWD chief ‘on the ground’