Tributes pour in for ex-lawmaker Andaya 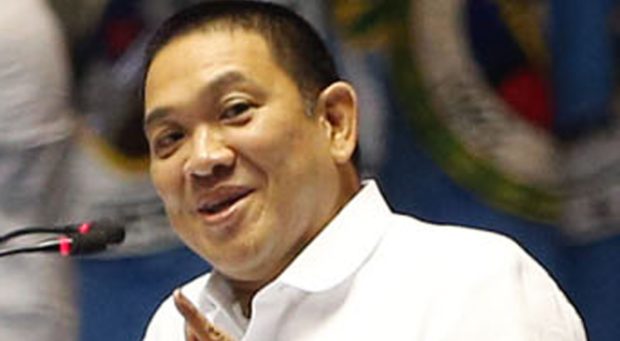 Amenah Pangandaman, secretary of the Department of Budget and Management (DBM), has extended her condolences to the family of ex-Camarines Sur Rep. and former budget chief Rolando “Nonoy” Andaya Jr. who was found dead at his home in Naga City on Thursday.

“Dedicated to serving the Filipino people, former Secretary Andaya is known for his competent, selfless and dedicated public service. During his tenure, he instituted reforms to strengthen the DBM’s services. May we all remember his passion and upstanding trait as a leader and public servant,” Pangandaman said in a statement on Friday.

Andaya was budget secretary from 2006 to 2010, under the Arroyo administration.

“To his family, I wish you comfort, courage and strength during this time of sorrow. Former Secretary Andaya, thank you for your service. Let it be known that you have made your mark in the history of our country. May you rest in peace,” Pangandaman said.

Former President and Pampanga Rep. Gloria Macapagal-Arroyo on Friday also extended her sympathies to Andaya. Arroyo had fond words for the late lawmaker, who also served as appropriations panel chair when the former president was House Speaker.

“Nonoy was an indispensable and trusted member of our official family as he headed the Department of Budget and Management for four years,” the returning Pampanga lawmaker said.

She added: “As my colleague in Congress, he was an important ally who showed his meticulousness and dedication when he played a major role in cleaning up and fixing the national budget.”

Andaya served as House appropriations committee chair during Arroyo’s term as House Speaker from July 2018 to May 2019.

“He was kind and down-to-earth, a good friend to many, and well-respected by his peers. The Bicol region has lost another son it can definitely be proud of. Dios an mabalos sa saimong karahayan, Secretary Nonoy. May you rest in peace,” Arroyo said.

“I am praying to the Lord that you are now with your lovely wife, Marissa,” Maribel said in a Facebook post.

According to Andaya’s family, his wake will be held at the Heritage Memorial Park in Taguig City until July 4. The inurnment of Andaya’s ashes is scheduled for July 5 at St. Therese Columbarium in Pasay City.

The Bicol police based in Camp Simeon Ola in Legazpi City, Albay, said Andaya was found dead inside his bedroom at his house in Saint Jude Orchard Subdivision in Barangay Concepcion Grande around 7 a.m.

Andaya’s body was discovered by his personal assistant, who heard the sound of gunshots. He was 53.