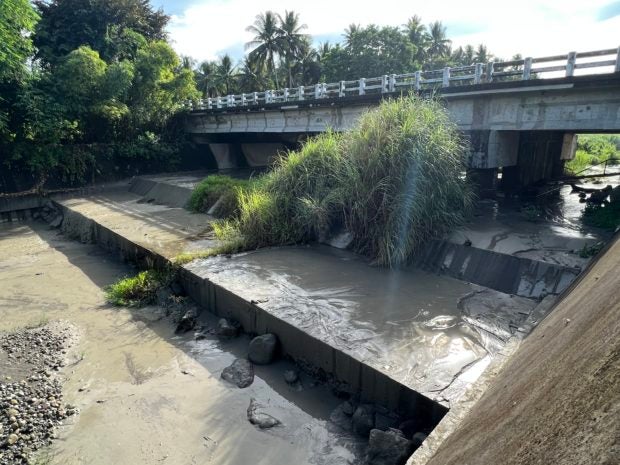 LEGAZPI CITY—Heavy rainfall on Friday triggered a muddy streamflow near the slopes of Mt. Bulusan in Juban town in Sorsogon province.

Arvee Lodronio, head of the municipal disaster risk reduction and management office of Juban, said the muddy flow was observed along the Rangas River in Barangay Rangas but that it was not threatening to the residents near the area.

“It flows only along the waterways of the Rangas River. The residents are safe because we have flood control there,” he said.

He said volcanic deposits from the gully on the northwest slopes of Bulusan were carried down by the rainfall that started around 4 a.m. on Friday.Lodronio said the residents thought the volcano was erupting again when they smelled sulfur in the area.

He said traces of volcanic deposits were left in the river after the water level receded.Science Undersecretary Renato Solidum Jr., who heads the Philippine Institute of Volcanology and Seismology (Phivolcs), said a muddy streamflow has minor volcanic sediment content compared with a lahar flow.On June 26, a rain-triggered lahar flow was observed in the villages of Rangas, Añog and Calatagan in Juban town and along Calang Creek in Barangay Cogon in Irosin town.

In its Thursday bulletin, Phivolcs said it detected 25 volcanic earthquakes in the last 24 hours of monitoring.

The sulfur dioxide emission was measured at 724 tons on June 30.

The volcano is still inflated and remains under alert level 1, which means another phreatic eruption is possible, similar to its two previous stream-driven eruption on June 5 and June 12 that blanketed several villages in Juban with ash. —Ma. April Mier-Manjares, INQ