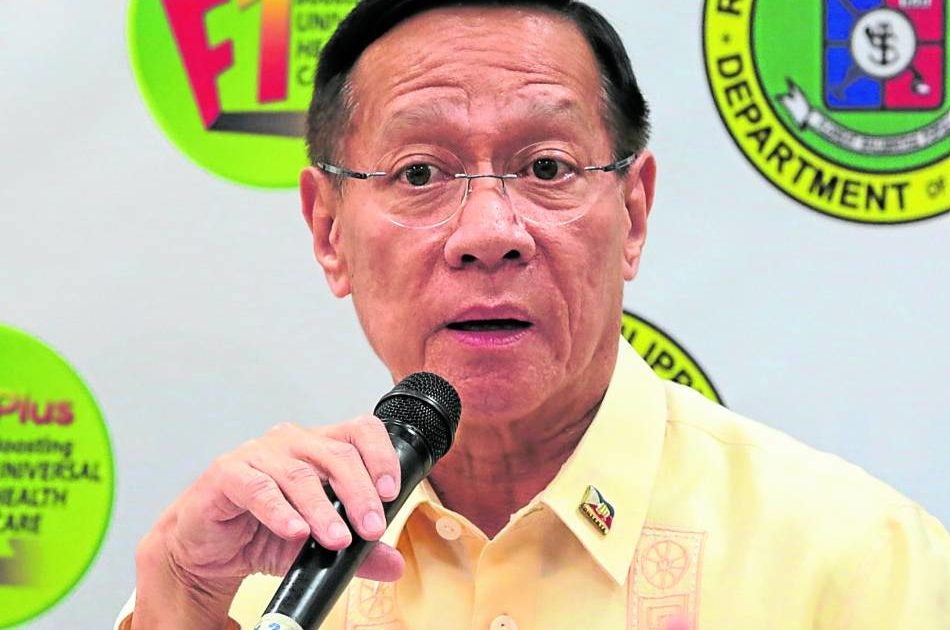 Health Secretary Francisco Duque III stepped down on Thursday without a successor to take over the agency that has been wracked by controversy as well as criticism for its management of the government response to the COVID-19 pandemic.

Medical societies and organizations of health workers had been eagerly awaiting the announcement of the next chief of the Department of Health (DOH). But there was no news on the matter until the last hours of President Duterte’s term.

Asked if Duque had designated an officer to temporarily take over his functions, the DOH said in a statement to reporters that it was awaiting “further advice and instructions” from the Office of the Executive Secretary “as to the [officer in charge] or head of agency upon transition into the new administration.”

The health secretary is seen as a key member of the Cabinet, particularly because of the rising number of COVID-19 infections and in the face of such pressing issues as low budget spending and meager salaries of health-care workers, and the slow release of mandated benefits to those who have been on the front lines of the pandemic response since February 2020.

The new holder of the health portfolio is expected to be able to recalibrate government strategies and efforts to effectively curb another spread of COVID-19 as well as overhaul policies and operations at the DOH, which faced allegations of corruption at the height of the pandemic.

‘Look at the results’

At a media forum on Tuesday, Duque said that contrary to criticism, his leadership at the DOH would be remembered for managing a “relatively successful” pandemic response.

“I’ve proven all my bashers wrong,” he declared. “Look at the results. How do you argue with the results?”

Duque said the DOH had long been “ready” for the turnover to the next leadership but that he was “not privy” to who would be named as his successor.

“I think it will be good for the next administration to choose someone who is experienced … because they can already hit the ground running to build on the gains this administration has accomplished,” he told reporters.

According to Duque, the “three major challenges” of the DOH that he would want to brief his successor on are the government’s pandemic response, the implementation of universal health care, and the health facility enhancement program.

Early in June, leaders of health workers’ groups called on then President-elect Ferdinand Marcos Jr. to appoint a new health chief with a clean track record and who would resolve the perennial problems concerning the salaries and benefits of medical workers, especially nurses in both private and public hospitals.

In his final two years as health secretary, Duque was the subject of multiple investigations in connection with, among others, the alleged massive corruption at the Philippine Health Insurance Corp., the reported deficiencies in the DOH budget, and his supposed incompetence in leading the government’s pandemic response.