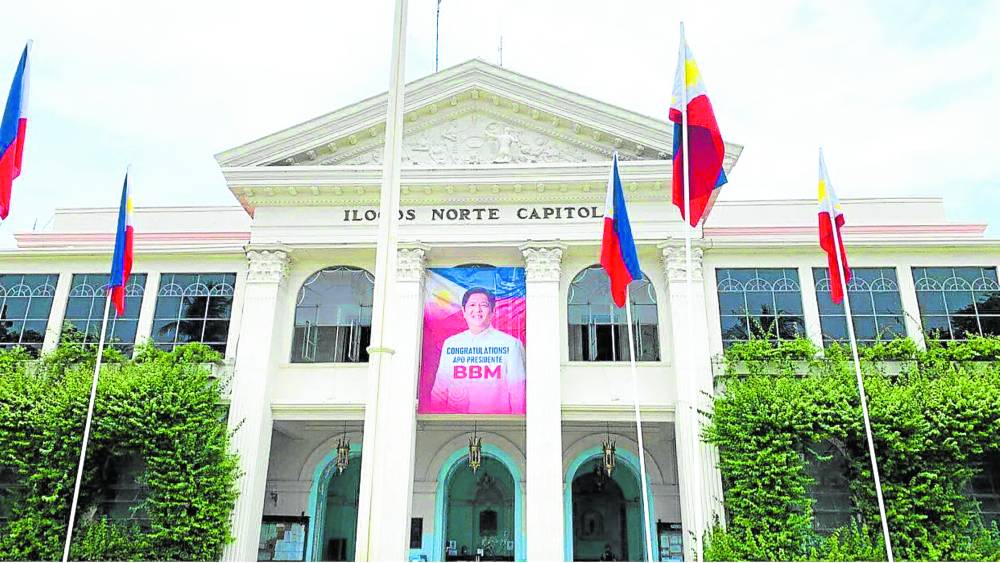 LAOAG CITY—About 200 employees of the city government briefly left their offices while some skipped lunch on Thursday to gather at Laoag City Multi-Purpose Center and watch on a big screen their “kailian” (province mate), Ferdinand Marcos Jr., being sworn in as the country’s 17th president.

The crowd erupted in applause and cheers the moment Mr. Marcos, who served Ilocos Norte as vice governor, governor and representative before being elected senator, took his oath of office and delivered his inaugural speech.

Among them was Ma. Virtudes Challikis, an administrative officer of the city government’s accounting office, who said she took pride in having another leader who hailed from the province.

Mr. Marcos’ presidency came 36 years after his father and namesake, strongman Ferdinand Marcos Sr., and their family were booted out of Malacañang following the bloodless Edsa Revolt.

According to Challikis, 59, she and her family are solid supporters of the Marcoses.

“My six kids and I voted for [Mr. Marcos],” a tearful Challikis said in Ilocano.

For her, seeing an Ilocano elected as president made her feel “proud,” adding that she felt nostalgic about her childhood days during the elder Marcos’ regime.

Challikis said the mudslinging and the allegations of corruption against the Marcoses during the campaign season did not sway her to vote for another candidate.

“The good things that the Marcoses had done outweigh the bad things they were accusing him of,” she said.

She said Mr. Marcos’ presidency could mean “more projects will now pour into Ilocos Norte, but of course, I know that he will become president not only for Ilocanos, but for everyone in the country.”

Challikis hoped that Mr. Marcos would be able to stem the rise in the prices of basic commodities and alleviate the plight of local farmers.

Several big screens were also set up in the streets of the capital city and in other towns for free public viewing of the inauguration. Some residents were seen eagerly waiting to watch the event.

On May 28, the provincial government staged a grand thanksgiving event for Mr. Marcos during the “Himala sa Buhangin” concert at the Paoay sand dunes.

Mr. Marcos has not returned to Ilocos Norte after he cast his vote here on May 9.Oath-taking in Palace

He also did not attend the inauguration here of his son, Rep. Ferdinand Alexander “Sandro” Marcos III, on Monday because of preparations for the presidential inauguration.

But on Thursday, Mr. Marcos administered again his son’s oath at Malacañang together with selected officials from Ilocos Norte and Ilocos Sur.

Mr. Marcos said it was his idea to have the oath-taking ceremony of Ilocos Norte officials at Malacañang on his first day as president.

At Mariano Marcos State University (MMSU) in Batac City, thousands of employees and students gathered to watch the inauguration online.

In a statement, MMSU said the spectators were in “high spirits” while watching the turnover ceremonies and oath-taking. 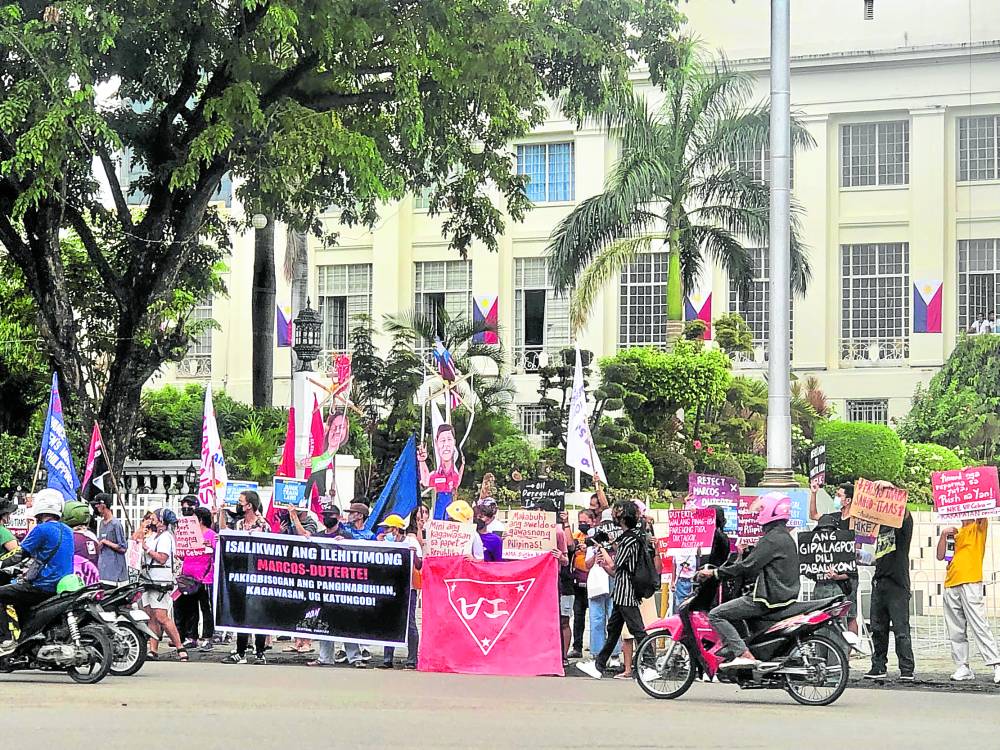 In Baguio City, about 30 students and activists vowed to protect the truth about martial law and the iron-fist rule of the president’s father during a symbolic protest on Session Road on Thursday.

At least 100 members of different activist groups gathered in front of the Cebu provincial capitol grounds in Cebu City. They displayed posters denouncing the administrations of former President Rodrigo Duterte and Mr. Marcos and warning against Red-tagging and another declaration of martial law. They also aired calls for the reduction of prices of basic goods and increase in wages.

In Iloilo, around 100 members of Bagong Alyansang Makabayan, Gabriela, Kabataan and other groups displayed placards and streamers in front of the provincial capitol as speakers took turns lambasting what they said were repressive measures in the last days of the Duterte administration.