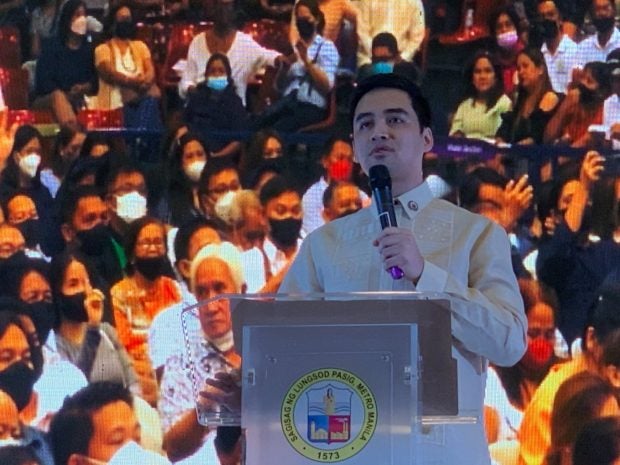 MANILA, Philippines — Incoming mayors of Metro Manila cities Pasig, Taguig, and Muntinlupa were sworn into office on Thursday, together with other local officials.

In the city of Pasig, re-elected chief executive Victor “Vico” Sotto took his oath as the Mayor of the city at the Ynares Sports Center in Barangay Ugong.

In his inaugural address, Sotto thanked his constituents, family, and supporters who he said helped him implement changes to the city he led.

(We did not back down, I may have been the face of change, I may now be in charge as your mayor, but the truth is that I couldn’t have handled it if I was alone.)

He then said that he is confident that with the other newly-elected officials, the next three years will be even better than the last.

(Because of those with us, what we have accomplished will be even greater in the next three years) 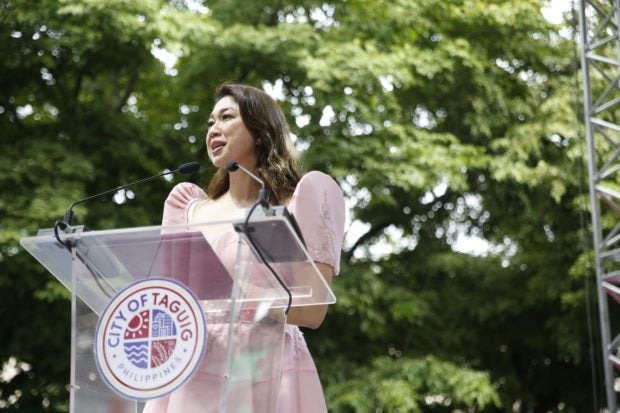 Ma. Laarni “Lani” Cayetano was sworn in as the new mayor of Taguig City. (Photo from Taguig PIO)

She then vowed, in her inaugural address, to intensify programs for the city leading to economic growth.

“We will revisit our business policies and strive to be the best city to invest and do business in,” she added.

Cayetano also promised to focus on the city’s peace and order, as well as health security. 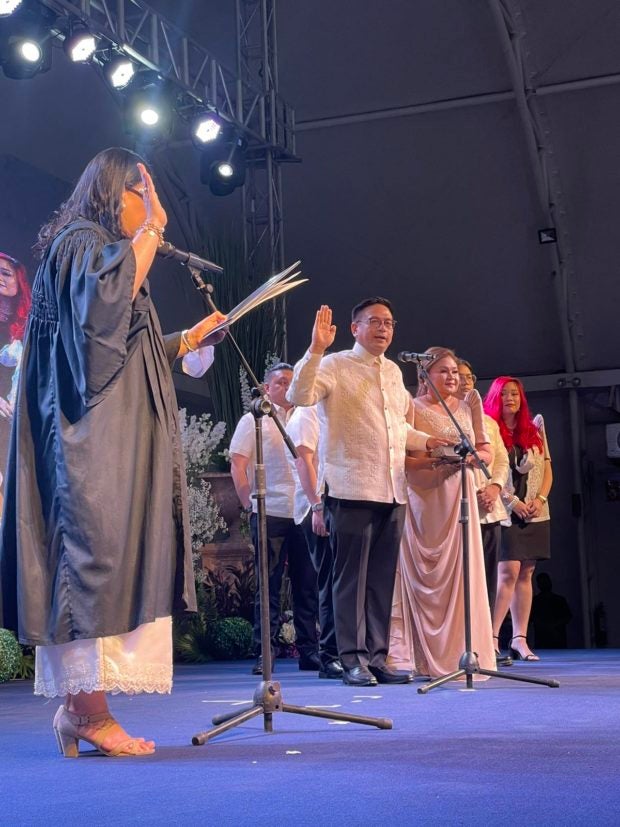 Ruffy Biazon was sworn into office as mayor of Muntinlupa City. (Photo from Muntinlupa PIO)

In Muntinlupa City, Ruffy Biazon was also sworn into office as mayor on Thursday afternoon.

He, along with other officials took their oath of office at the Filinvest Tent in Alabang, Muntinlupa City.

Biazon vowed to continue the foundation of good governance that outgoing Mayor Jaime Fresnedi has built throughout the years.

He also promised to usher in political reforms which aim to “leave behind the outdated, obsolete and overdue brand and style of politics and replace it with one that exemplifies professionalism, principles and proactivity.

(We may have differences in backgrounds, customs and perspectives. But we must be united in the desire to uplift our countrymen and our city. In our diversity, we are all the same Muntinlupeño whose dream is to have a peaceful, orderly and comfortable life.)

The three mayors’ oath taking ceremonies coincided with Ferdinand “Bongbong” Marcos Jr.’s inauguration as the new head of state at the National Museum in Manila.

Read Next
New Bohol guv: No more ‘Ivans’ at capitol
EDITORS' PICK
Heads may roll at BOC, says Palace if sugar smugglers are allowed to use recycled import permits
Palace: Biggest supermarkets in PH commit to sell sugar at P70 per kilo
What to watch out for when selecting a video surveillance solution
House energy committee chair Arroyo bats for cheap electricity
vivo brings to the Philippines a powerful smartphone with a slimmer body, the vivo Y02s for only PHP 6,499
DOH reports increase in daily COVID-19 deaths, mostly unvaxxed
MOST READ
Alyssa Valdez to miss Creamline’s AVC Cup campaign
Brian Poe-Llamanzares receives his PhD in Public Administration
Mayor bares issues vs closed QC school
Peso loses ground vs US dollar
Don't miss out on the latest news and information.