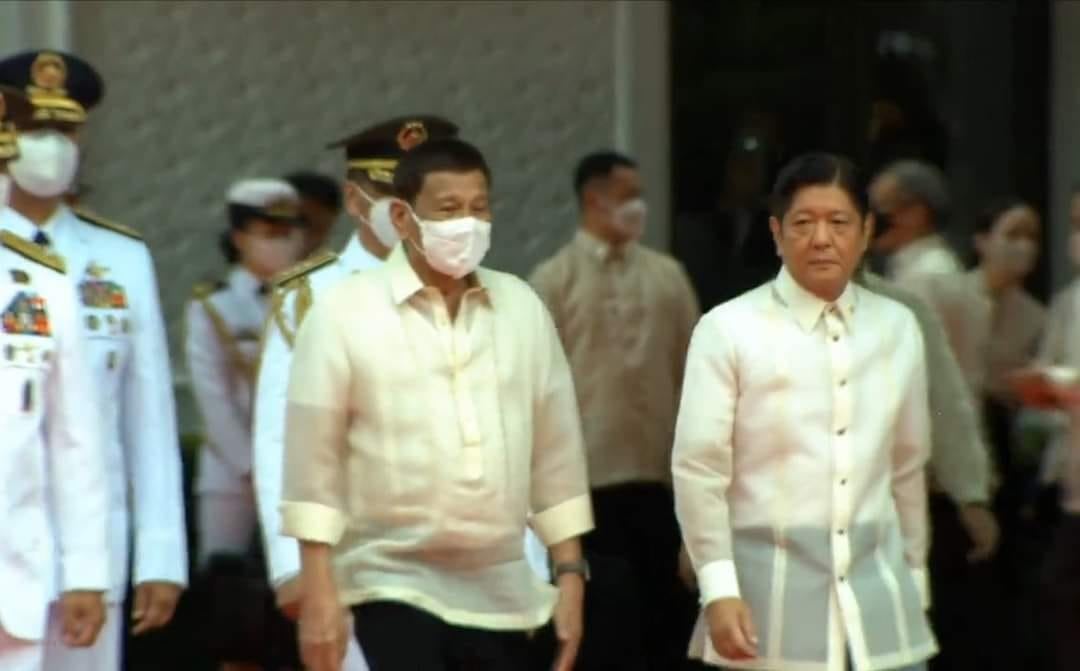 In a video shared by former acting presidential spokesman Martin Andanar on Thursday, Duterte was asked for his message for Filipinos as he steps down from office.

Asked for his message to Cabinet members, who also stepped down from their respective offices on Thursday, Duterte said he believes he had picked the best.

(I have a long experience in government. I think I assembled one of the best Cabinet. It’s true. I picked them carefully.)

Duterte stepped down from office on Thursday morning, capping a term of six years.

He was given departure honors at the Kalayaan Grounds in the Palace and his Cabinet members chanted “Duterte!” as they shook hands with the outgoing leader.

Duterte skipped the traditional car ride that would have brought him to the National Museum, where his successor Ferdinand Marcos Jr. would take his oath.

He then left the Malacañang complex, which has been his home for the past six years, for the last time.

According to former National Security Adviser Hermogenes Esperon, Duterte will head home to Davao City aboard a commercial flight after his departure honors.