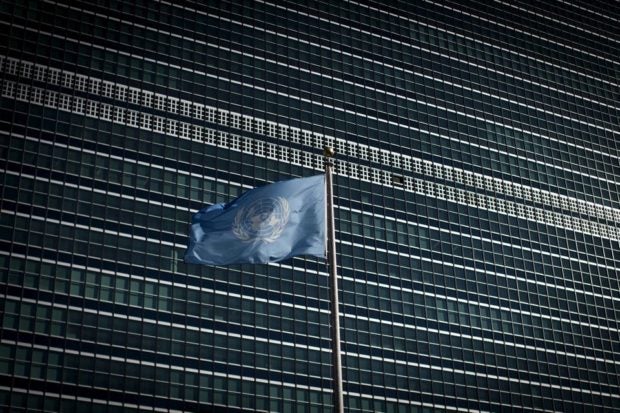 UNITED NATIONS — A Congolese woman was kidnapped twice by militants in the Democratic Republic of Congo, repeatedly raped and forced to cook and eat human flesh, a Congolese rights group told the United Nations Security Council on Wednesday.

Julienne Lusenge, president of women’s rights group Female Solidarity for Integrated Peace and Development (SOFEPADI), told the woman’s story while addressing the 15-member council about the conflict-torn east of Congo.

The U.N. Security Council was meeting for a regular briefing on Congo, where heavy fighting between the government and rebel groups since late May has sparked a surge in violence.

Lusenge said the woman was kidnapped by CODECO militants when she went to pay a ransom for another kidnapped family member. The woman told the rights group that she was repeatedly raped and physically abused. Then she said the militants slit a man’s throat.

“They pulled out his entrails and they asked me to cook them. They brought me two water containers to prepare the rest of the meal. They then fed all of the prisoners human flesh,” Lusenge told the Security Council, recounting the woman’s story.

Lusenge said the woman was released after a few days, but while trying to return home was kidnapped by another militia group whose members also repeatedly raped her.

“Again I was asked to cook and eat human flesh,” the woman, who eventually escaped, told SOFEPADI.

Lusenge did not name the second militant group during her council briefing. CODECO could not be reached for comment.

CODECO is one of several armed militias that have long been fighting over land and resources in Congo’s mineral-rich east – a conflict that has killed thousands and displaced millions over the past decade.

Congo’s army has been locked in heavy fighting since late May with the M23 rebel group, which is waging its most sustained offensive since a 2012-2013 insurrection that seized vast swathes of territory.

U.N. peacekeepers have been deployed in Congo for more than 20 years.

Beyond creepy tales: 5 real-life cannibal cases that shocked the world

For early humans, cannibalism more than just a meal

NYC woman: Husband wanted to kill me, eat others

Read Next
If Putin was a woman, there would be no Ukraine war—UK’s Johnson
EDITORS' PICK
OCTA: NCR COVID-19 positivity rate up; reproduction number drops
Smart, TNT launch more powerful and value-packed Double GIGA+ 50 offer
165 schools sustain damage from Karding – DepEd
House energy committee chair Arroyo bats for cheap electricity
Motorcycles, smartphones, and cash prizes up for grabs in TNT’s ‘Tuloy Ang Saya’ Raffle in Mindanao
Look Through: Super Typhoon Karding barrels through parts of Philippines
MOST READ
Pissed Robin Padilla tells ‘barumbado’ DFA exec: I am a senator, you must respect me
Shopee PH gets flak for getting Toni Gonzaga
Robredo supporter tackles elephant in room: No massive fraud in 2022 polls, surveys were just right
Robredo’s tarpaulin portrait at Palace just a ‘placeholder’
Don't miss out on the latest news and information.