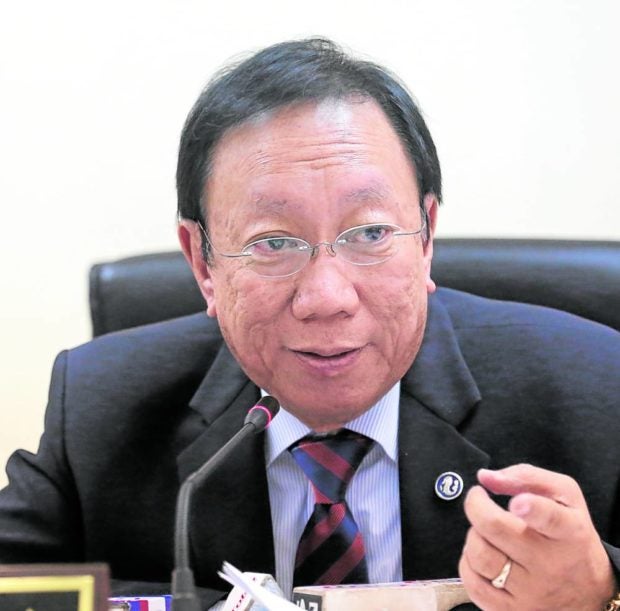 Calida had previously served as a justice undersecretary and member of the Dangerous Drugs Board.

As chief state lawyer, Calida, who will turn 72 on July 7, has played a crucial role in cases involving persons or institutions critical of Duterte.

Calida himself has also been hounded by controversies and conflicts of interest issues.

He was instrumental in the 2018 impeachment of Chief Justice Maria Lourdes Sereno after he filed a quo warranto petition that sought her ouster from the Supreme Court.

The country’s first female chief justice earned the ire of the president for her critical comments against his sweeping attacks on judges allegedly involved in the drug trade.

Rappler, a media critic of the President, especially of his brutal war on drugs, was also targeted by Calida.

He asked the Securities and Exchange Commission (SEC) to investigate Rappler for possible violation of the constitutional provision against foreign ownership of media entities. The SEC revoked Rappler’s Certificate of Incorporation in January 2018. (See related story on this page.)

In February 2020, Calida filed a quo warranto petition in the Supreme Court against ABS-CBN for allegedly hiding foreign ownership behind a corporate veil, and for profiting from a free television scheme through pay-per-view movies.

He said ABS-CBN issued Philippine depositary receipts through ABS-CBN Holdings Corp. to foreigners, in violation of the Constitution, similar to the charges against Rappler.

In July 2020, allies of Duterte in the House of Representatives denied granting a new franchise to ABS-CBN.

In March 2022, Calida petitioned the Supreme Court to cancel the agreement between the Commission on Elections (Comelec) and Rappler after the campaign of then-presidential aspirant Marcos questioned the deal.

He argued that the memorandum of agreement between Rappler and Comelec to combat election-related disinformation on social media flouted the Constitution and Rappler’s fact-checking constituted prior restraint on freedom of speech and of expression. As a result, the Comelec withdrew from the agreement.

Calida also had his own controversies.

In May 2018, a graft, malversation, and misconduct complaint was filed in the Office of the Ombudsman by retired businesswoman Jocelyn Marie Acosta-Nisperos against Calida for failing to divest his majority stake in a security agency that had won government contracts.

Nisperos also said Calida should be prosecuted for “unconstitutionally initiating” the quo warranto petition to oust Sereno as chief justice and for showing bias in favor of the family of the late dictator Ferdinand Marcos.

Mr. Duterte defended Calida, saying that he saw no reason to fire him as he had no participation in Visai’s operation and had already “retired” from the company.

SEC records showed Calida owns 60 percent of Visai, with the rest of the shares held by his wife and their children.

In the 2016 national election campaign, Calida was one of the leaders of the Alyansang Duterte-Bongbong that campaigned for Duterte as president and Marcos as vice president. Marcos was defeated by Vice President Leni Robredo at the polls.

Calida also defended the burial of the dictator at Libingan ng Mga Bayani in the Supreme Court and supported a bill seeking to abolish the Presidential Commission on Good Government (PCGG), which is tasked with recovering the ill-gotten wealth of the Marcoses.

In a November 2020 decision made public only in January 2021, the Presidential Electoral Tribunal (PET), comprised of the entire Supreme Court, admonished Calida for his inordinate interest in a “private” electoral protest by Marcos against Robredo that did not involve the republic.

In January 2017, Calida was accused of lawyering for Janet Lim-Napoles after the Office of the Solicitor General (OSG) filed with the Court of Appeals a manifestation recommending the acquittal of the alleged pork barrel scam mastermind, who was convicted of serious illegal detention of her second cousin, whistleblower Benhur Luy.

—REPORTS FROM JEANNETTE I. ANDRADE AND INQUIRER RESEARCH

Amid graft complaint, Calida sees no reason to resign

FACT CHECK: Is there a conflict of interest in Calida family’s security agency?