PNP: Up to 30,000 attendees expected at Bongbong Marcos inauguration 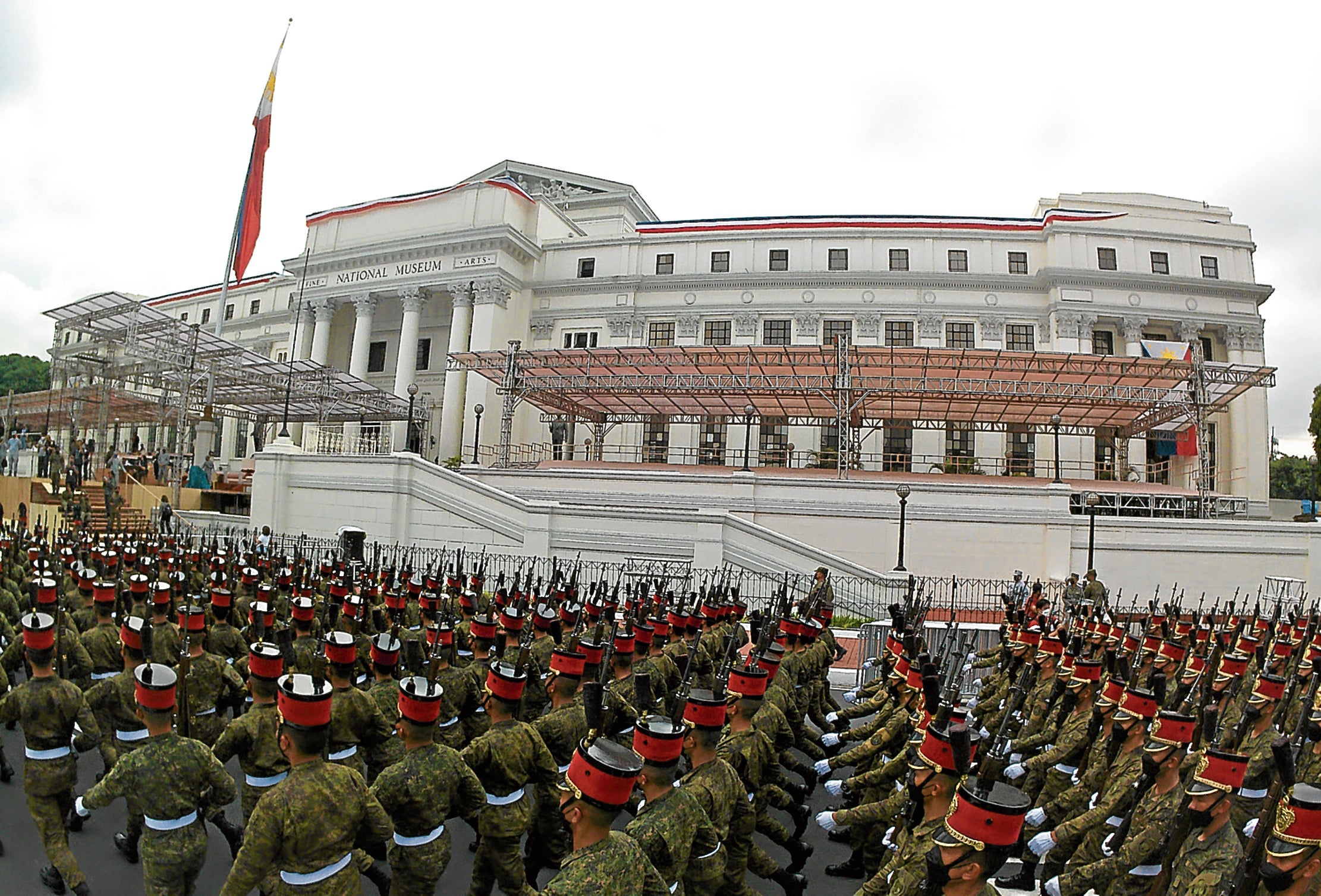 (FILE) Troops joining a civic and military parade polish their moves as they rehearse in front of the National Museum on Monday as part of preparations for the inauguration of President-elect Ferdinand Marcos Jr. on June 30. —NIÑO JESUS ORBETA

MANILA, Philippines — Up to 30,000 people are expected to flock to the Intramuros area to watch the inauguration of President-elect Ferdinand Marcos Jr. on Thursday, the Philippine National Police (PNP) said.

PNP spokesperson Col. Jean Fajardo said the organizers had opened the Intramuros Golf Course as an area for civilian attendees who want to witness the inauguration.

In view of this, the PNP asked attendees not to bring backpacks, non-transparent water containers pointed and sharp objects (cutters, blades, knives, etc.), alcoholic drinks and cigarettes, chemicals, fireworks and pyrotechnics, lighters, matches and other combustible items, and drones.

If they can’t avoid not bringing any bags with them, Fajardo said they should instead bring transparent backpacks and even transparent water containers.

(If that many people are expected to attend and they will be screened one by one so that they won’t be hassled, they should just not bring items I said.)

The PNP earlier said security control points will be installed to limit who will be able to enter the perimeter of the National Museum.