‘Terrifying’: WWF chief hits out at plans to mine the deep sea 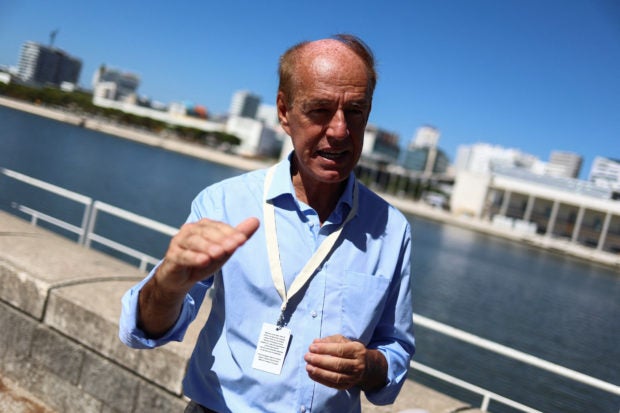 LISBON — The World Wildlife Fund’s chief warned on Tuesday that the potential impact of mining the deep sea could be “terrifying” and called for strict regulations to avoid yet another environmental disaster.

There is growing interest in deep-sea mining but there is also pressure from some environmental groups and governments to either ban it or ensure it only goes ahead if appropriate regulations are in place.

Deep-sea mining would involve using heavy machinery to suck up off the ocean floor potato-sized rocks or nodules that contain cobalt, manganese, and other rare metals mostly used in batteries.

“Have we not learned our lesson?” asked Marco Lambertini, WWF’s director general, referring to the environmental impacts of digging for minerals on land. “We simply don’t know what we will unleash by going down hundreds, thousands of meters (feet)to the bottom of the ocean.”

Speaking to Reuters on the sidelines of the U.N. Ocean Conference in Lisbon, Lambertini said the WWF was confident there would be consequences if plans to excavate mineral deposits from the deep seabed get a green light.

He said it could potentially generate damaging sediment plumes and affect fish migration. Lambertini said authorities should instead look into the “great potential of recycling” e-waste for the materials needed for batteries.

The International Seabed Authority (ISA), a U.N. body, is drawing up regulations governing seabed mining in the high seas – areas outside any national jurisdiction. Until global rules are in place, seabed mining is not allowed.

WWF has called for a global moratorium on all deep-sea mining activities, and countries such as the Pacific islands of Palau and Fiji launched an “alliance” on Monday to back it.

But not all nations are against it. China is a major proponent and even smaller nations like the tiny Pacific island of Nauru, for instance, asked the ISA last year to fast-track the adoption of seabed mining regulations.

Speaking to Reuters, U.S. climate envoy John Kerry said his country, which has not ratified the U.N. Convention on the Law of the Sea, has concerns regarding deep-sea mining and is “very wary of procedures that could disturb the ocean floor”.

The United States is not a member of the ISA but has participated as an observer state in negotiations over the regulations.

“We are looking very closely at the proposals and procedures and we will continue to be involved,” Kerry added.

WWF’s Lambertini also said it was “fundamental” that U.N. member states reach an agreement on a treaty to protect the open seas beyond national jurisdictions, which they failed to do in March this year.

“Today they are nobody’s waters and we need to turn the concept on its head,” he said, explaining that not having a treaty means the high seas are not regulated enough. “They need to become everybody’s waters.”

Member states will meet again in August to discuss the issue and although Lambertini believes there was a “general consensus” on some countries were likely to oppose the long-awaited treaty.

“Without having a common governance mechanism, I think it will be very difficult to coordinate action,” he said.