‘Not worth the risk’: Palau, Fiji call for deep-sea mining moratorium | Inquirer News 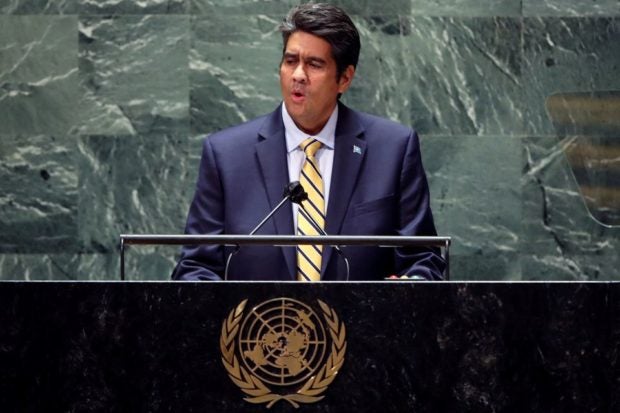 LISBON — Concerned about the potential impacts of deep-sea mining on ocean biodiversity, the Pacific islands of Palau and Fiji on Monday launched an “alliance” to call for a moratorium of the nascent industry.

The backing of a moratorium comes amid a wave of global interest in deep-sea mining but also growing pressure from some environmental groups and governments to either ban it or ensure it only goes ahead if appropriate regulations are in place.

Deep-sea mining uses heavy machinery to suck up off the ocean floor potato-sized rocks or nodules that contain cobalt, manganese, and other rare metals mostly used in batteries.

Speaking to a packed room at the United Nations Ocean Conference in Lisbon, Palau President Surangel Whipps asked: “How can we in our right minds say ‘let’s go mining’ without knowing what the risks are?”

“We believe it is not worth the risk,” he said. “We ask all of you to support that… deep-sea mining increases the vulnerability of the seabed floor and marine life.”

The International Seabed Authority (ISA), a U.N. body, is drawing up regulations governing seabed mining in the high seas – areas outside any national jurisdiction. Until global rules are in place, seabed mining is not allowed.

The Deep Sea Conservation Coalition, which also supports a moratorium, said the ISA would meet in July and August to try to push through draft regulations that, if adopted, would see mining licensed to begin in the deep ocean as soon as July 2023.

Earlier this month, Chile also called for a 15-year moratorium on adopting regulations, citing environmental concerns and a lack of sufficient scientific data.

G7 countries last month agreed stringent environmental controls should govern deep-sea mining and that they would consent to such mining projects only if they did not seriously harm the marine environment.

But not all nations are against it. China is a major proponent and even smaller nations like the tiny Pacific island of Naru, for instance, asked the ISA last year to fast-track the adoption of seabed mining regulations.

Companies such as Google, BMW and Samsung were the first globally to sign up to a World Wildlife Fund call for a moratorium on deep-sea mining.

Save planet Earth but destroy the ocean?