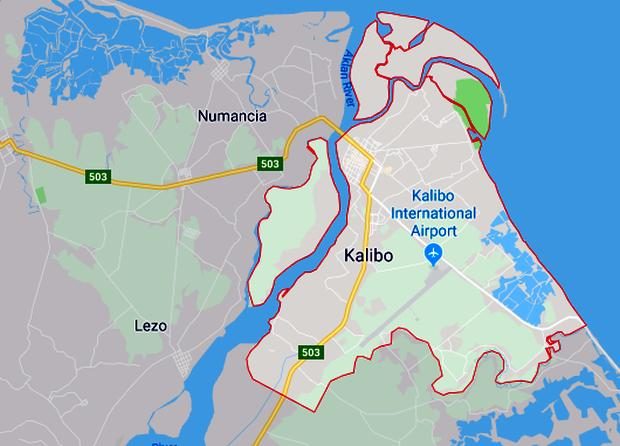 ILOILO CITY, Iloilo, Philippines — Progressive groups have decried the deployment of soldiers in villages in the capital town of Kalibo in Aklan province whom they accused of conducting a vilification and red-tagging campaign against two of its leaders.

“For Bayan-Aklan, the Philippine Army’s conduct of their so-called civil-military operation competency enhancement training in the above-mentioned areas are mainly military operations aimed against progressive organization and activist personalities,” the group’s statement said.

It cited the deployment of soldiers in the subvillages of Barangay Poblacion on C. Laserna Street in the town center.

The soldiers were allegedly showing photographs of Calaor and Tugna to residents and inquiring about their whereabouts.

Tugna and Calaor are known activist leaders in Aklan. Calaor, a poet, is also a leading advocate of lesbian, gay, bisexual, transgender and queer or questioning (LGBTQ) rights.

In a statement issued on June 23, Brig. Gen. Marion Sison, commander of the Army’s 301st Infantry Brigade, confirmed the deployment of soldiers at Barangay Cawayan in New Washington town and at Barangay Poblacion in Kalibo.

But Sison said the deployment of government troops was part of the 45-day “immersion phase” of students of the Civil-Military Operations Competency Enhancement Training (CMOCET) of the Army’s 3rd Infantry Division.

He said the training focuses on “community consultations and problem-solving sessions.”Sison said the training was coordinated with municipal and barangay officials. He refuted the groups’ allegations that the deployment was intended to target Bayan and its leaders.

“Contrary to the fabricated stories of (Bayan-Aklan), the CMOCET students were not deployed to conduct surveillance on anyone but to apply their learning through community visitations, dialogues, symposiums and awareness drives,” he said.

“We are not new to this kind of accusation. In our previous deployments in other communities, we have heard the same lies from similar organizations and other antipeace, antidevelopment and antipeople groups,” Sison added.

But House Deputy Minority leader and Bayan Muna Rep. Carlos Isagani Zarate said the presence of soldiers in the provincial capital was meant to harass leaders and members of progressive organizations.

“It is this type of operation that kills not just the democratic space in the country but its defenders as well. These harassment operations built on relentless Red-tagging and lies must be denounced by all freedom-loving citizens and must be stopped,” Zarate said in a statement.

“This is clearly a part of the still ongoing vilification campaign and state-sanctioned suppression of our democratic rights. These operations are the result of the profiling done by state forces after the elections and they are now tracking down activists and the areas where the Makabayan bloc got high votes,” he added.