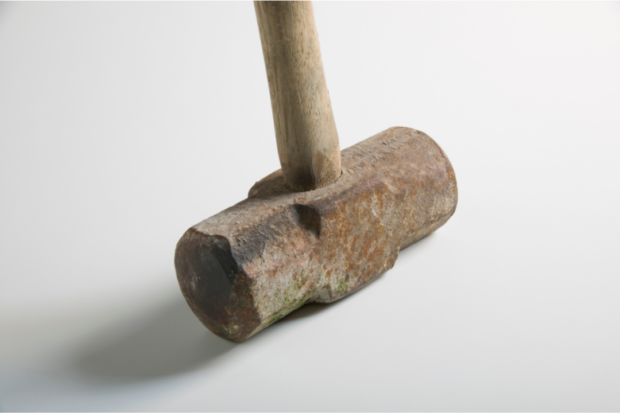 The Hague, Netherlands — Armed robbers raided one of the world’s leading art fairs in the Dutch city of Maastricht on Tuesday, police said, with a video showing them smashing a display case using a sledgehammer.

Dramatic images on social media showed four smartly dressed suspects carrying out the raid and threatening people with what appeared to be handguns at The European Fine Art Fair (TEFAF) in the southwestern city.

Police said they had arrested two people and were searching for the others.

“Police are investigating a possible armed robbery of the TEFAF in Maastricht. Four suspects are believed to be involved. They are now searched for by multiple units,” Limburg province police said on Twitter.

The police said they had closed a number of nearby roads and a major road tunnel as they hunted the suspects.

Dutch media said the display case targeted by the robbers contained items from a London jeweler.

TEFAF is one of the biggest art fairs in Europe and regularly draws tens of thousands of visitors.

It has been running for more than 30 years and was returning this year after a break during the Covid pandemic.

Videos showed the four men wearing an apparent disguise of flat caps and glasses smashing their way into a jewelry case.

Two of the men brandished what appeared to be weapons at a bystander, who tried to intervene using a large glass vase full of flowers.

Pictures on social media showed a shattered glass case at the exhibition.

One visitor, Jos Stassen, told Dutch public broadcaster NOS that he had gone to the exhibition on Tuesday to look at the art in peace.

“Normally it is very quiet… serene, but now I suddenly heard a lot of noise and I turn around and suddenly saw those men,” NOS quoted him as saying.

“One started beating and the others kept people away, scared everyone. I also saw a weapon. It went very fast and it lasted a very short time, but I’m still shaking a little bit.”

The phrase “Peaky Blinders” began trending on social media in the Netherlands following the raid because the caps worn by the suspects resemble those in a British historical crime drama of the same name.

It is not the first time the TEFAF fair has been targeted by criminals.

A ring and a diamond necklace worth 860,000 euros ($1.2 million at the time) belonging to a London jeweler were stolen at the exhibition in 2011.