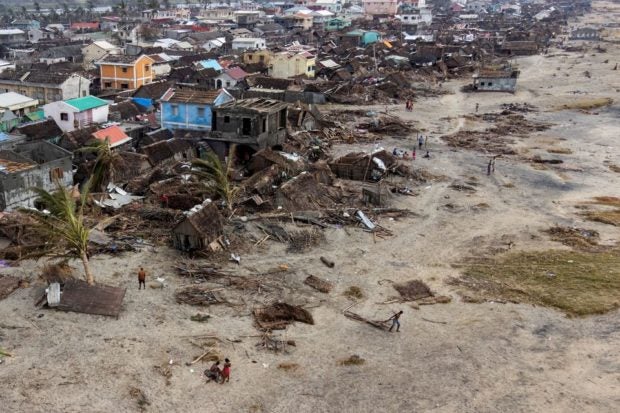 An aerial view shows damaged houses and debris on the beach, in the aftermath of Cyclone Batsirai, in Mananjary, Madagascar, February 8, 2022. Picture taken with a drone. REUTERS FILE PHOTO

LONDON — Extreme weather events – from scorching heatwaves to unusually heavy downpours – have caused widespread upheaval across the globe this year, with thousands of people killed and millions more displaced.

In the last three months, monsoon rains unleashed disastrous flooding in Bangladesh, and brutal heatwaves seared parts of South Asia and Europe. Meanwhile, prolonged drought has left millions on the brink of famine in East Africa.

Much of this, scientists say, is what’s expected from climate change.

On Tuesday, a team of climate scientists published a study in the journal Environmental Research: Climate. The researchers scrutinized the role climate change has played in individual weather events over the past two decades.

The findings confirm warnings of how global warming will change our world – and also make clear what information is missing.

For heatwaves and extreme rainfall, “we find we have a much better understanding of how the intensity of these events is changing due to climate change,” said study co-author Luke Harrington, a climate scientist at Victoria University of Wellington.

Less understood, however, is how climate change influences wildfires and drought.

For their review paper, scientists drew upon hundreds of “attribution” studies, or research that aims to calculate how climate change affected an extreme event using computer simulations and weather observations.

There are also large data gaps in many low- and middle-income countries, making it harder to understand what’s happening in those regions, said co-author Friederike Otto, one of the climatologists leading the international research collaboration World Weather Attribution (WWA). 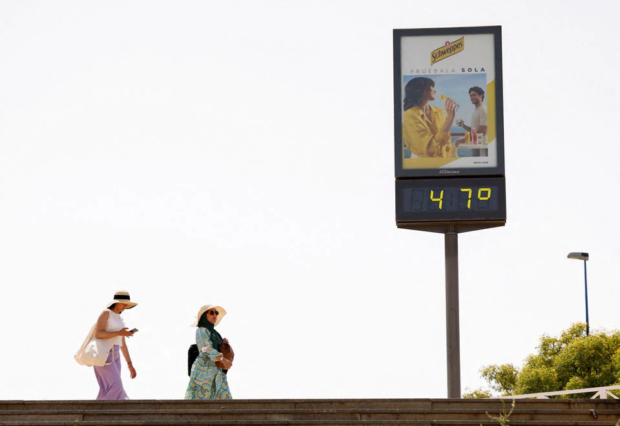 Women walk next to a thermometer displaying 47 Celsius (116.6 Fahrenheit) during the first heatwave of the year in Seville, Spain June 11, 2022. REUTERS FILE PHOTO

“Pretty much all heatwaves across the world have been made more intense and more likely by climate change,” said study co-author Ben Clarke, an environmental scientist at the University of Oxford.

In general, a heatwave that previously had a 1 in 10 chance of occurring is now nearly three times as likely — and peaking at temperatures around 1 degree Celsius higher – than it would have been without climate change.

An April heatwave that saw the mercury climb above 50C (122 Fahrenheit) in India and Pakistan, for example, was made 30 times more likely by climate change, according to WWA.

Heatwaves across the Northern Hemisphere in June – from Europe to the United States – highlight “exactly what our review paper shows … the frequency of heatwaves has gone up so much,” Otto said. 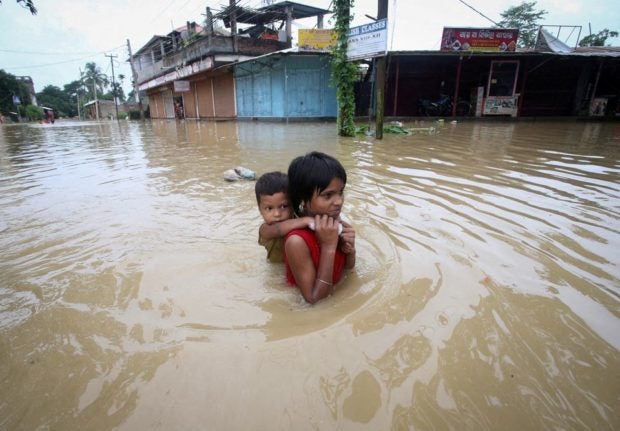 A girl carries her brother as she wades through a flooded road after heavy rains, on the outskirts of Agartala, India, June 18, 2022. REUTERS FILE PHOTO

Still, the impact varies by region, with some areas not receiving enough rain, the study said. 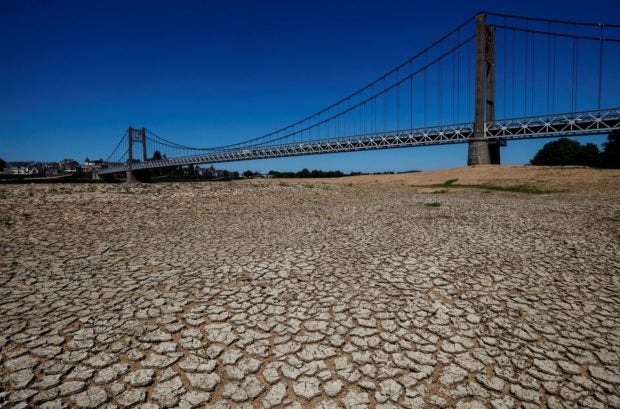 Cracked and dry earth is seen in the wide riverbed of the Loire River near the Anjou-Bretagne bridge as a heatwave hits Europe, in Ancenis-Saint-Gereon, France, June 13, 2022. REUTERS FILE PHOTO

Scientists have a harder time figuring out how climate change affects drought.

Some regions have suffered ongoing dryness. Warmer temperatures in the U.S. West, for example, are melting the snowpack faster and driving evaporation, the study said.

And while East African droughts have yet to be linked directly to climate change, scientists say the decline in the spring rainy season is tied to warmer waters in the Indian Ocean. This causes rains to fall rapidly over the ocean before reaching the Horn.

Heatwaves and drought conditions are also worsening wildfires, particularly megafires – those that burn more than 100,000 acres.

Fire raged across the U.S. state of New Mexico in April, after a controlled burn set under “much drier conditions than recognized” got out of control, according to the U.S. Forest Service. The fires burned 341,000 acres. 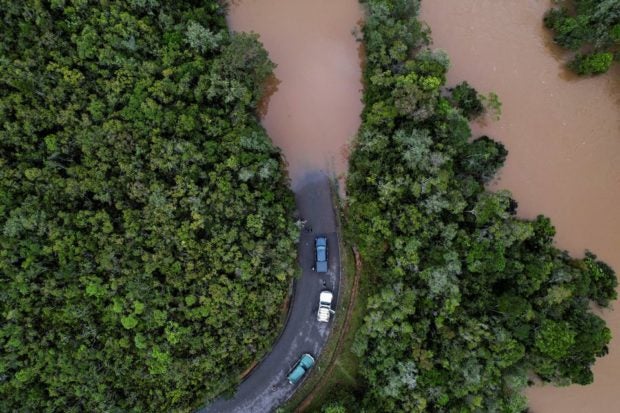 Cars stop before a flooded area, after Cyclone Batsirai made landfall, on a road in Vohiparara, Madagascar, February 6, 2022. Picture taken with a drone. REUTERS FILE PHOTO

On a global scale, the frequency of storms hasn’t increased. However, cyclones are now more common in the central Pacific and North Atlantic, and less so in the Bay of Bengal, western North Pacific and southern Indian Ocean, the study said.

There is also evidence that tropical storms are becoming more intense and even stalling overland, where they can deliver more rain on a single area.

So while climate change might not have made Cyclone Batsirai any more likely to have formed in February, it probably made it more intense, capable of destroying more than 120,000 homes when it hit Madagascar.