MANILA, Philippines — Outgoing Vice President Leni Robredo on Tuesday announced that the Angat Buhay non-government organization (NGO) would officially be launched on Friday, a day after she steps down from office.

She earlier expressed her intention to transform her Angat Buhay volunteer network into an NGO after her unsuccessful presidential bid in the May 9 polls.

To mark the beginning of the Angat Buhay NGO, a street and art festival will be held in her camp’s volunteer center in Katipunan Avenue, Quezon City from Friday until Saturday.

(July 1 will be the launching date of the Angat Buhay! Let’s meet at the Volunteer Center on Katipunan, where there will be a street and art festival.)

Noting the recent uptick of COVID-19 cases, Robredo said interested participants allowed to enter the festival would be limited to those who sign up through the link shared in her post. All slots for the event have been secured as of this writing.

However, Robredo assured that those who could not sign up may still witness the two-day event via live stream. 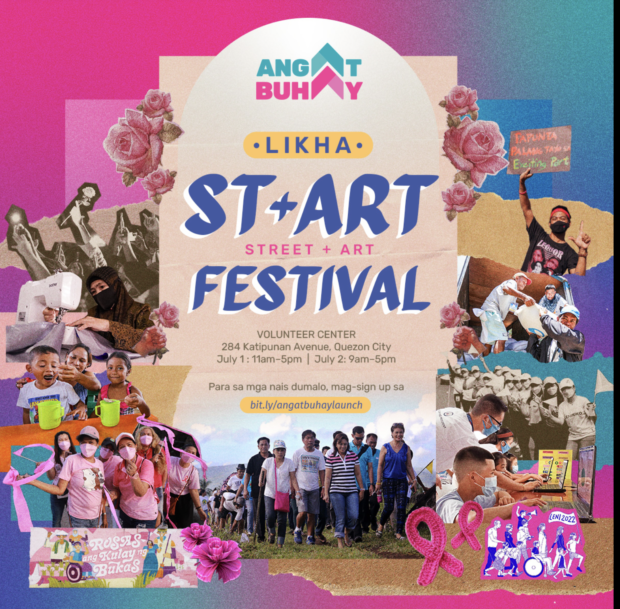 As seen in this social media post, outgoing Vice President Leni Robredo said that July 1, Friday, will be the launching date of the Angat Buhay non-government organization.

She also said that more details about the Angat Buhay NGO will soon be available across its official social media pages.

Angat Buhay, also among Robredo’s key programs in the Office of the Vice President, was an initiative to bring together the private and public sectors in the fight against poverty.

Leni Robredo: Campaign ends but not the movement