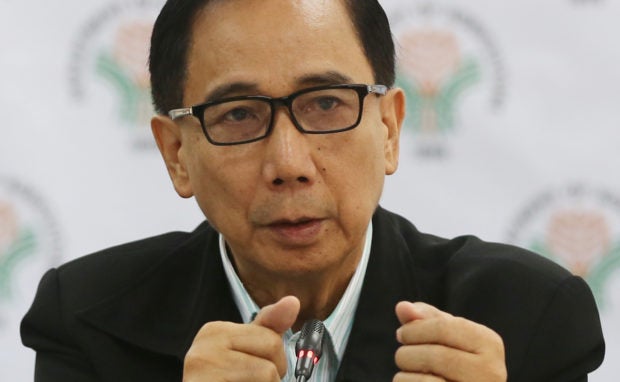 MANILA, Philippines — Just days before it ends its term, the Duterte administration launched on Monday a blueprint to revive the Philippine coconut industry.

The roadmap, called Coconut Farmers and Industry Development Plan (CFIDP), lays out various programs and projects to rehabilitate and modernize the industry to benefit 2.5 million small farmers nationwide who have remained among the poorest in society.

Approved by President Rodrigo Duterte by virtue of Executive Order No. 172, it will serve as the basis in tapping the controversial P75-billion coco levy fund.

The law mandates the Philippine Coconut Authority (PCA) to implement the CFIDP in partnership with other government agencies.

PCA Administrator Benjamin Madrigal Jr. told the Inquirer earlier that the actual implementation of the coconut industry roadmap would be done once the new administration comes in.

The PCA is an agency under the Department of Agriculture, which President-elect Ferdinand Marcos Jr. will head when his administration takes over on June 30.

“(EO 172) is such a formidable law that will give new life and new hope to coconut farmers in this country,” outgoing Agriculture Secretary William Dar said in his keynote speech. “Wala nang rason para hindi pa umangat ang industriya ng coconut sa bansa (There is no reason for the coconut industry in the country not to grow).”

During the CFIDP launch, Dar encouraged the use of modern farming techniques, better varieties, and the power of science and technology to increase the average coconut production to 150 nuts per tree annually from its current 40 to 45 nuts.

He also directed the PCA and other partner agencies to focus on the development of the coconut value chain.

“Don’t forget that income is an equally important objective. That is why in a good number of these [CFIDP] components, there is the diversification of the coconut system. Using high-value crops, using livestock so that there is an array of agricultural enterprises as sources of income for our coconut farmers,” he said.

Coconut farmers must be registered in the National Coconut Farmers’ Registry System to avail themselves of the blueprint’s various initiatives. Eligible members include farm owners and owner-tillers; coconut growers who own not less than 0.5 hectare of land with at least 20 coconut trees; tenants or tenant-workers; and farm workers or laborers.

The CFIDP complements Republic Act No. 11524, or the Coconut Farmers and Industry Fund Act, which was signed by Mr. Duterte in February last year, mandating the establishment of a fund using the coco levy assets.

Between 1971 and 1982, the government collected taxes and other fees from coconut farmers on the sale of copra.

The collections were to finance coconut research and credit services and other projects to benefit the coconut industry. Coconut farmers, however, lodged several lawsuits with the help of the Presidential Commission on Good Government (PCGG) after then President Ferdinand Marcos Sr., father of the President-elect, was ousted in 1986, claiming that cronies had diverted the funds to finance their own business interests.

In 2012, the Supreme Court ruled that the government owns the coco levy fund.

Under the law, P10 billion of the coco levy funds will be disbursed on the first year, P10 billion on the second, P15 billion each on the third and fourth, and P25 billion and any other amount accruing, including interest, on the fifth year.