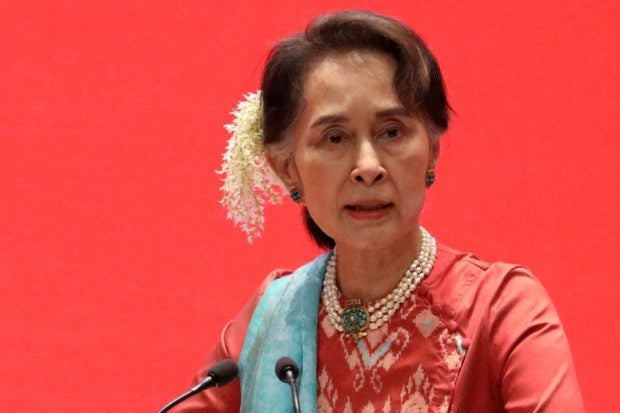 PHNOM PENH — A special Southeast Asian envoy for the crisis in Myanmar on Monday urged its military rulers not to hold deposed leader Aung San Suu Kyi in prison, appealing for leniency ahead of a visit later this week.

Cambodian Foreign Minister Prak Sokhonn will make his second trip to Myanmar from Wednesday, a spokesperson for his ministry said, as part of the junta’s peace commitment with the 10-member Association of Southeast Asian Nations (Asean).

Suu Kyi, who has been on trial accused of at least 20 crimes since a coup against her elected government last year, has been moved to a prison in the capital Naypyitaw and kept in solitary confinement. She denies all charges.

The 77-year-old had until last week been spared jail and was held in an undisclosed location, despite having several convictions for relatively minor offences.

Prak Sokhonn in a letter to the junta urged compassion.

“Aung San Suu Kyi is regarded internationally and by many in Myanmar as having a critical role in your country’s return to normalcy and national reconciliation through a peaceful political solution,” he wrote, according to a statement.

Activists denounced Prak Sokhonn’s last visit in March as a failure that favoured the junta and overlooked its opponents, criticism that he said he understood.

In his letter, he said a successful peace process was impossible with one side excluded.

“A peaceful political resolution to a conflict, no matter how complex it is, must involve the sharing of political space by all involved,” he added.