UK’s Johnson: Cost of Russian victory in Ukraine is too high 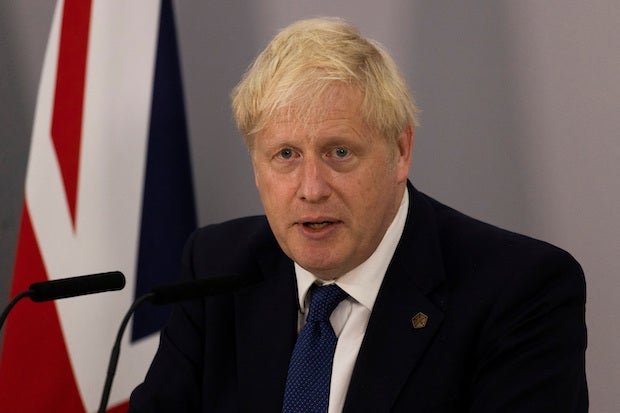 SCHLOSS ELMAU, Germany — World leaders must recognize the price of supporting Ukraine including the surge in energy and food costs but must also acknowledge that the price of allowing Russia to win would be far higher, British Prime Minister Boris Johnson said.

Speaking at the start of a Group of Seven summit on Sunday, Johnson said the West needed to maintain its unity in the face of Moscow’s aggression.

“In order to protect that unity, in order to make it work, you’ve got to have really, really honest discussions about the implications of what’s going on, the pressures that individual friends and partners are feeling,” he told reporters.

“But the price of backing down, the price of allowing [Russian President Vladimir] Putin to succeed, to hack off huge parts of Ukraine, to continue with his program of conquest, that price will be far, far higher. Everybody here understands that.”