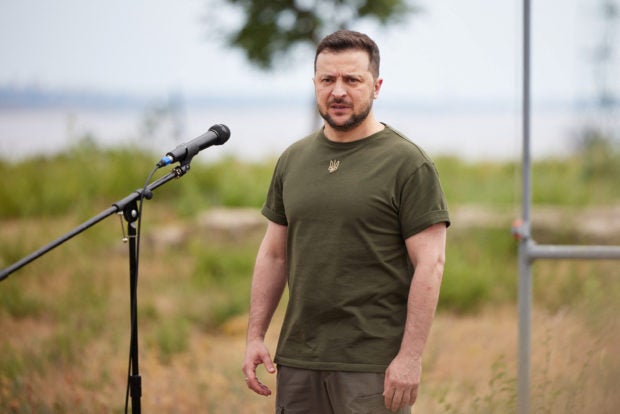 Ukrainian President Volodymyr Zelensky on Saturday said Ukraine would win back all the cities it had lost to Russia, including Sievierodonetsk, and admitted the war was becoming tough to handle emotionally.

In a late-night video address, he also said Ukraine had been hit by 45 Russian missiles and rockets over the previous 24 hours, which he described as a cynical but doomed attempt to break his people’s spirits.

“Therefore all our cities – Sievierodonetsk, Donetsk, Luhansk – we’ll get them all back,” he said.

It was the only time in the address that he mentioned Sievierodonetsk, which finally fell to Moscow’s forces earlier in the day after weeks of brutal fighting.

“At this stage of the war it’s spiritually difficult, emotionally difficult … we don’t have a sense of how long it will last, how many more blows, losses and efforts will be needed before we see victory is on the horizon,” he said.

The relentless missiles attacks confirmed that sanctions against Russia were not enough to help Ukraine, which needed more weapons, he said.

“The air defense systems – the modern systems that our partners have – should not be on training grounds or in storage, but in Ukraine, where they are needed now, needed more than anywhere else in the world,” he said.

Read Next
Guarding Sara: Why next VP is getting own security team
EDITORS' PICK
House energy committee chair Arroyo bats for cheap electricity
Reignite your passion with the vivo Y35
Individuals affected by ‘Karding’ now over 157,000
Karding damage to infrastructure at P23M
Bongbong Marcos says PH ‘open for business’ with new Clark Airport terminal
Newbie gamers are in for a treat with the power-packed feature of vivo Y16
MOST READ
LPA enters PAR, may develop into tropical depression
Badoy not with Office of the President, NTF-Elcac, under Marcos admin — solon
‘Sardinas ang ulam’: Senators lament soldiers’ P150 daily subsistence allowance
Angelica Panganiban ‘duguan, sugatang mom’ one week into breastfeeding
Don't miss out on the latest news and information.