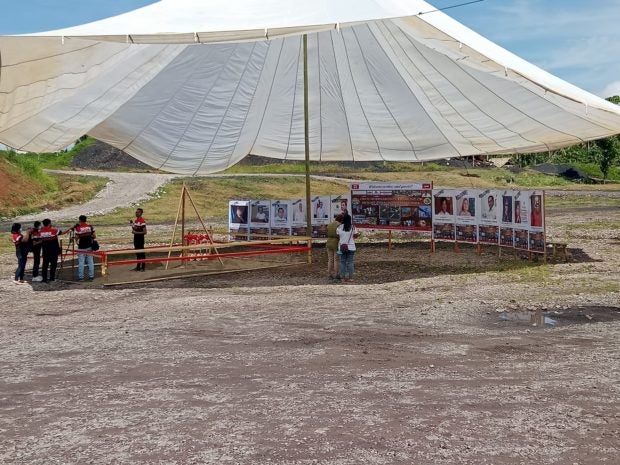 DIPLAHAN, Zamboanga Sibugay — A Davao City-based firm has put up a 100-hectare project here for an industrial park and the country’s first integrated steel mill and smelting plant.

Leonardo A. Fernandez, the chair and chief operating officer of the Mount Zynai Industrial Park (MZIP), said the project, estimated to cost US$1 billion (roughly P50 billion) and which broke ground on June 18, had already acquired a 14.8-hectare property in Barangay Sta. Cruz here to start its first phase, which would involve land preparation.

“MZIP is a one billion US dollar worth project that hopefully would spike up the country’s economy,” said Fernandez, a former councilor of Asuncion town of Davao del Norte who also served as the executive director of the Partido Pilipino sa Pagbabago (PPP), made up of groups who campaigned for President Duterte in 2016 and one of those who egged Davao City Mayor, now Vice President-elect Sara Duterte for president.

Of the project’s 100 hectare area, 50 hectares will be allotted for the steel mill and smelting plant while the remaining 50 hectares will serve as an industrial park to entice local and foreign investors in the steel industry to locate.

Fernandez said the smelting plant would greatly reduce the cost of construction in the country as MZMC’s selling price would be lower than prevailing prices in the market since the company would have access to iron ores, its raw materials; and would operate its own steel mill and plant to process these ores into steel bars.

He said the company had acquired in February this year the Mineral Production Sharing Agreement (MPSA) of the Czarstone Mining Corp, a Filipino-owned mining firm, for an area covering 2,637 hectares in Midsalip, Zamboanga del Sur and Siayan, Zamboanga del Norte for iron ore mining.

He said MZMC would not need to sell the ore to foreign markets like China nor would it import raw materials for steel processing.

“We are producing and processing our raw materials into steel products,” Fernandez said. “So you will have the cheapest steel in the Philippines. You can now compete with China, we can compete Asian countries. This is the start of the dawn of our industrialization,” Fernandez said.

The steel mill and smelting plant has targeted to produce 1.5 metric tons of steel per year and to generate up to 20,000 jobs. It would eventually create about 1,000 downstream industries and 1,000 factories, Fernandez added.

MZMC will start site development next month and targets to start operation in three to four years.

“We will build the first steel mill and smelting plant with a target volume of 1.5 million steel production per year,” Fernandez said. “Our smelting plant owns the resources, so we don’t have to beg for supplies,” he added.

Fernandez said MZMC had already signed a memorandum of agreement (MOA) in May with the Pigsalabukan Gokom de Bayog or the Subanen tribe for the use of 15,000 hectares of their property for iron ore exploration, extraction and processing. A thousand hectares owned by the Subanens under CADT will be reserved for agroforestry, agriculture production and other community development projects in the town of Bayog in Zamboanga del Sur.

Up to 2,000 Lumads will be relocated to pave the way for the project, Fernandez said.

He said the Sangguniang Bayan of Diplahan passed a resolution of no objection to the project.

Timuay Lucenio Manda, the Subanen tribal leader, said the Subanens were thankful that MZMC would give the tribe a 5 percent royalty, way above the 1 percent mandated by law. “At first, we were doubtful about MZMC but as our discussions continued, we saw the sincerity of the company,” Manda said in vernacular.

MZMC has also entered into a joint venture with Chinese company, Shenzhou Investor Corporation, for the exploration, financing and marketing of the steel bars.

“Instead of exporting ore, we will process them here. This will generate jobs for local people while local governments will earn from taxes,” said Shenzhou Chair Ninchy Lin.

Hermogenes C. Esperon, the outgoing National Security Adviser (NSA), led the groundbreaking here on Saturday, July 18. Esperon said the project is the fruit of the Duterte administration’s effort to clear the area of insurgents.