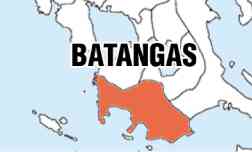 The Batangas provincial police reported that British national Graham Watson Lodge, 70, was found dead by his wife Angelita Lodge at around 6:05 p.m.  in front of their house at Palm Ridge subdivision in Barangay (village) Balas in Talisay town.

Investigators said the man’s wife tried to revive her husband.

Angelita said Graham went out of their house at around 5:50 p.m. for an afternoon walk. Graham had a medical history of hypertension, according to the wife.

Quoting information from Edfin Telebrico, Wagner’s brother-in-law, they were aboard a fishing boat at around 8 a.m. when the American complained of chest pain and difficulty of breathing and eventually fell unconscious.

When the boat docked at Calatagan fishing port, Wagner was taken to Calatagan Medicare Hospital but died along the way.

The police report said Wagner, who had been sailing for five days, had a medical history of diabetes and hypertension.

An autopsy will be conducted to determine the cause of Wagner and Lodge’s deaths, police said.