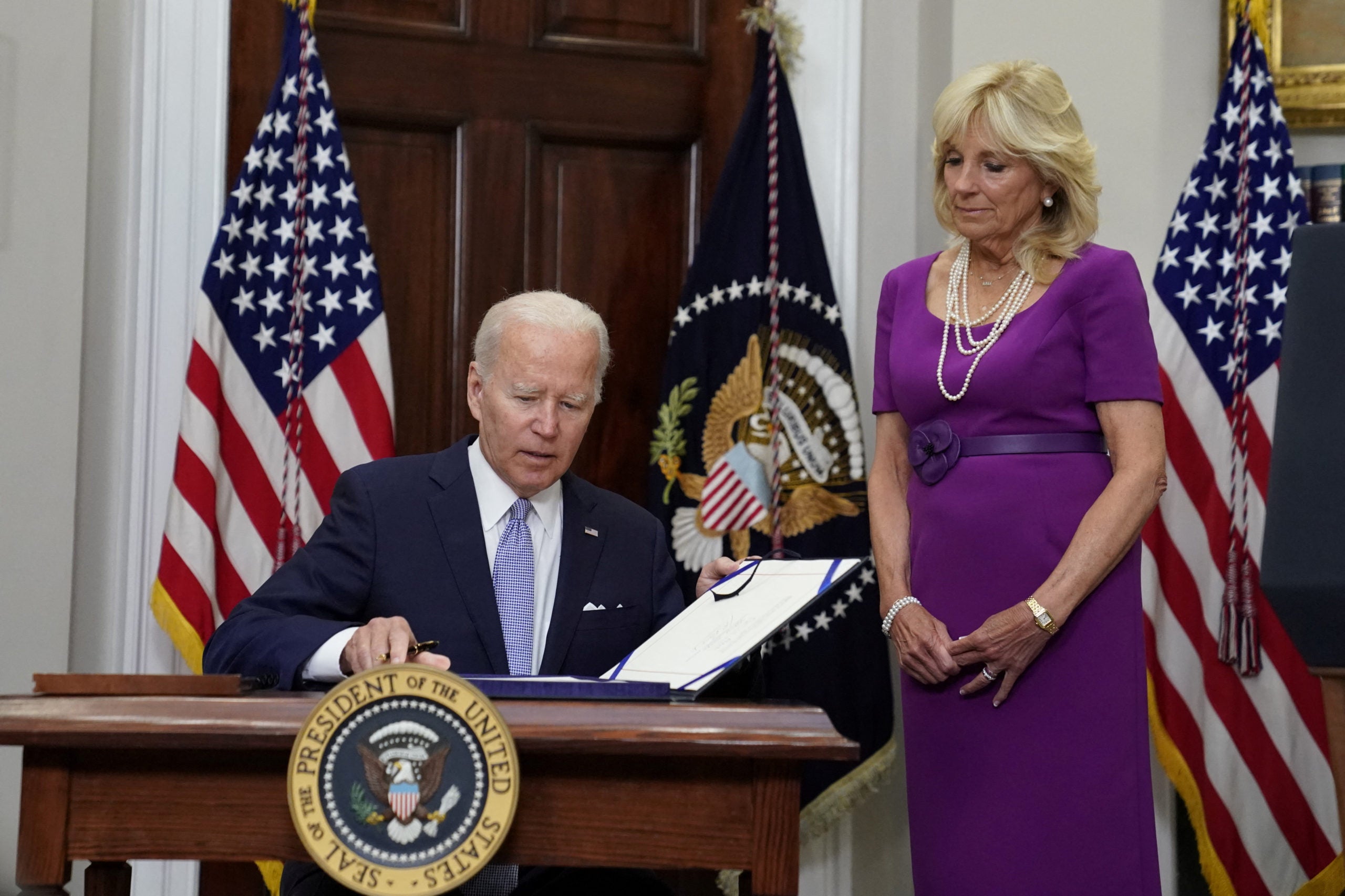 “This is monumental day,” Biden said at the White House, with his wife Jill by his side. “God willing, it’s going to save a lot of lives.”

The Supreme Court on Thursday declared for the first time that the U.S. Constitution protected an individual’s right to carry a handgun in public for self-defense. Gun control has long been a divisive issue in the nation with several attempts to put new controls on gun sales failing time after time.

The new legislation includes provisions to help states keep guns out of the hands of those deemed to be a danger to themselves or others and blocks gun sales to those convicted of abusing unmarried intimate partners. It does not ban sales of assault-style rifles or high-capacity magazines.

The law does take some steps on background checks by allowing access, for the first time, to information on significant crimes committed by juveniles. It also cracks down on gun sales to purchasers convicted of domestic violence.

It provides new federal funding to states that administer “red flag” laws intended to remove guns from people deemed dangerous to themselves and others.

Biden said he would host an event in July for victims of gun violence to mark the bill’s signing.

“Their message to us was do something … today we did,” said Biden.

The President also repeated his criticism of the Supreme Court’s ruling on Friday, which eliminated the constitutional right to abortion nationwide, and said his administration was going to focus on how states implemented the decision and make sure they did not violate other laws.