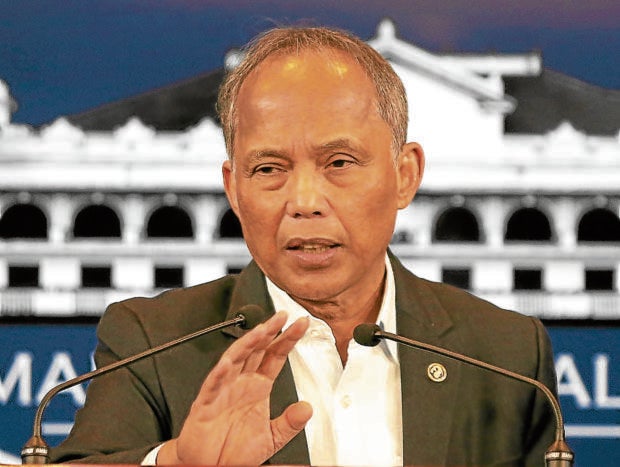 Energy Secretary Alfonso Cusi is no longer pursuing the libel and cyberlibel charges he filed against several media outfits late last year after they reported a graft complaint he faced in relation to the controversial Malampaya takeover deal.

The Department of Energy (DOE) said in a statement on Friday that Cusi executed an affidavit of desistance with the Taguig City’s Prosecutor Office because he realized “that the many interactions with the respondents have undeniably resulted in the forging of valued friendships and professional relationships.”

“Despite the hurt feelings and damage done to my name, a deeper reflection on what has transpired has led to the realization that the many interactions with the respondents have undeniably resulted in the forging of valued friendships and professional relationships,” the DOE statement quoted Cusi as saying.

“The filing of cases was precisely brought about by the hurt feelings from unverified actions or words,” said the energy chief, who also heads a faction of the ruling party Partido Demokratiko Pilipino-Lakas ng Bayan under President Duterte.

“However, in the interest of preserving what can be saved these valued relationships, I am therefore executing this affidavit of desistance to move forward from the unfortunate events by sparing everyone from the rigors of prosecuting and defending criminal cases,” Cusi said.

The lawsuits stemmed from reports that a graft complaint was filed before the Ombudsman on October against Cusi and Davao-based businessman Dennis Uy, who bought a controlling stake in the Malampaya Gas project.

In his complaint, Cusi claimed that the journalists publicly accused him of graft by reporting about the case against him. Uy also filed libel and cyberlibel charges against same journalists and media outlets, but Uy had not responded to queries on whether he would also withdraw his complaints.

Earlier this month, tycoon Enrique Razon Jr. announced, through one of his companies, that he would acquire Uy’s controlling stake in the Malampaya project.

“The issue at hand is not a simple transaction. The issue is of great public concern given that the asset involved is crucial to the country’s energy security, thus deserving scrutiny from media without undue interference or threats,” said the Economic Journalists Association of the Philippines (Ejap) last year.

“Secretary Cusi’s camp claims that the news reports accused them of graft, when the reporters and editors simply based their news stories from a press conference, a press release and documents coming from those who filed graft complaints against them,” the Ejap said.