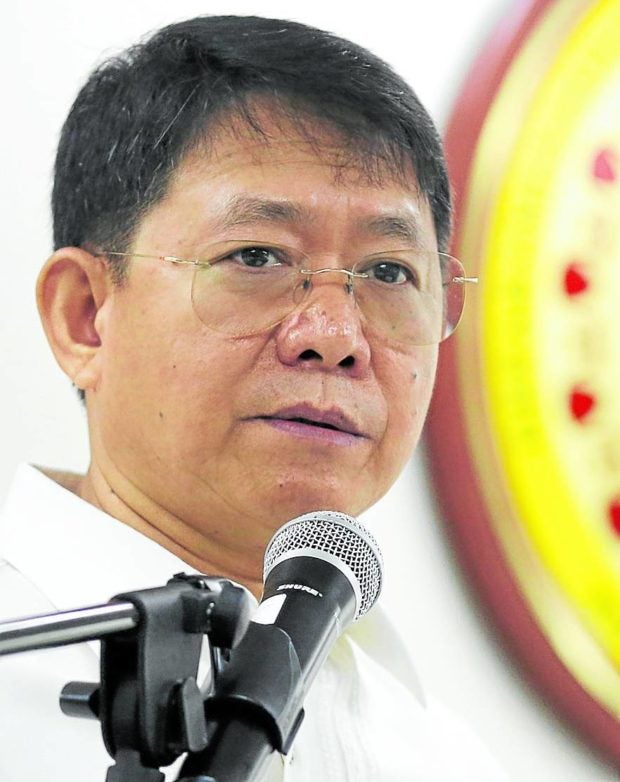 MANILA, Philippines — A five-hectare drug rehabilitation facility in Cavite that can house up to 480 people from Central and Southern Luzon has been formally opened.

The Department of the Interior and Local Government (DILG) announced this Friday with Secretary Eduardo Año saying the new Drug Abuse Treatment and Rehabilitation Center (DATRC) is a big boost to the government’s campaign against illegal drugs.

“Our journey towards bringing our illegal drug-dependent kababayans closer to reintegration and recovery is now closer to reality with this five-hectare DATRC here in Cavite,” Año said in a statement Friday.

“This is another part of the Duterte Legacy that has truly impacted the lives of our fellow Filipinos,” he added.

According to the DILG, the new facility would also have the following amenities and facilities to ensure the recovery of patients:

Before the DATRC in Cavite, there were 74 accredited government and private DATRCs in the country – including 12 that are residential government-owned and managed by the Department of Health (DOH).

The DILG said the land on which the latest DATRC sits was donated by the Provincial Government of Cavite and will be managed by the DOH. The program is still in line with the DOH goal of one rehabilitation center per region in the country, it added.

Año also thanked President Rodrigo Duterte for paving the way for such innovations as the Chief Executive’s tenure focused on the war against illegal drugs – which has gained praise and criticism at the same time.

“With his tapang at malasakit brand of leadership, President Duterte mobilized the Philippine National Police, Philippine Drug Enforcement Agency (PDEA), and other allied government instrumentalities to wage a full-blown campaign to crack down the illegal drug market and stop the distribution of illegal substances from different parts of the country,” Año said.

Last October 11, 2021, Duterte signed Executive Order No. 4, which ordered establishing and supporting drug rehabilitation centers in the Philippines – the DATRCs.

“Through interventions such as CBDRP and DATRC, we are widening our reach and capacities to cater to more individuals who silently yet desperately need our help,” Año said.

Duterte and his administration have been hailed for focusing on the country’s illegal drug problem, which paved the way for more than 25,000 barangays to be cleared from illegal drugs.

This number from the Philippine Drug Enforcement Agency includes 6,573 barangays that were not affected by the illegal drug trade even before Duterte’s term.

However, critics said the campaign has been very harsh and bloody. While official data indicates that 6,252 suspects were killed in the drug war, they asserted that the actual number could be between 11,000 and 30,000.

The Commission on Human Rights (CHR) recently released a report saying that the drug war encouraged a culture of impunity, adding that disproportionate force was used by the “drug war” implementers like the Philippine National Police.

According to CHR, alleged rights violators often used the “nanlaban” narrative, where drug suspects are accused of fighting or resisting anti-narcotic operatives.

Allegations of rights violations also prompted complaints against past and present PNP officials and President Duterte himself before the International Criminal Court (ICC) for crimes against humanity.

Last September 2021, the ICC pre-trial chamber authorized the start of the investigation of the drug war, acting upon the request of former prosecutor Fatou Bensouda.

But in November 2021, the ICC granted the Philippine government’s request to stop the investigation of the drug war killings, with the latter asserting that the justice system in the country is fully functional. – With reports from Nicole Faye Agcaoili, trainee