Esperon: I have enough intel for websites to be blocked | Inquirer News

Esperon: I have enough intel for websites to be blocked 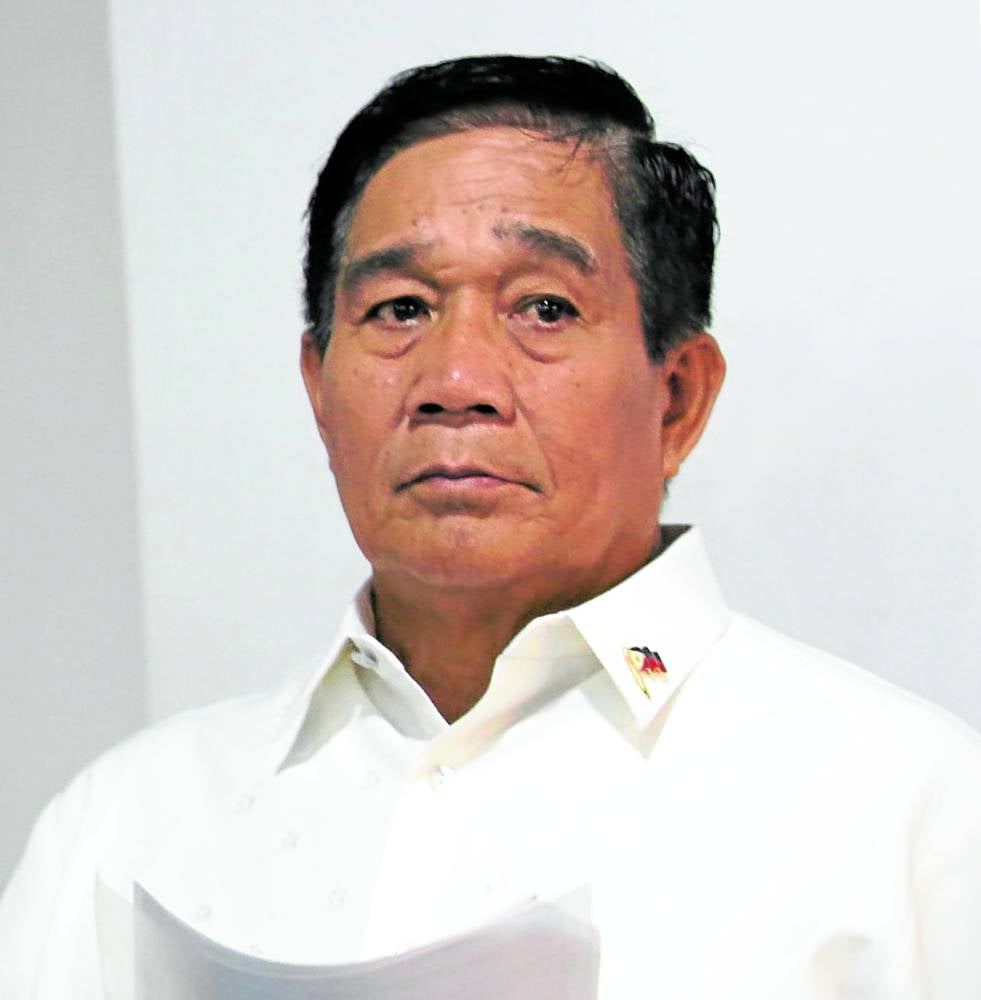 National Security Adviser Hermogenes Esperon Jr. on Thursday said the people should believe him when he says that members of the Communist Party of the Philippines (CPP), the New People’s Army (NPA) and National Democratic Front of the Philippines (NDFP) were running the websites he had ordered blocked two weeks earlier.

“They’re saying that they have no connection [to the CPP-NPA-NDFP}. But I am the national security adviser, I have so much intelligence [information]. It is only the President who has better intelligence than mine,” he told reporters on the sidelines of a National Security Council (NSC) event at Camp Aguinaldo in Quezon City.

He had cited the Anti-Terrorism Council’s resolutions that designated the communist rebel groups and personalities as terrorists when he requested the National Telecommunications Commission (NTC) to block access to 27 websites of 25 organizations, most of them progressive groups, including two alternative media outlets.

The NTC then ordered the country’s telecommunications companies to implement the shut off on June 8.

Esperon said there were articles published by the two online news outlets, Bulatlat and Pinoy Weekly, that were allegedly “being parroted by communist groups to recruit members.”

Esperon insisted his move to make the websites inaccessible was not a form of Red-tagging.

The CPP said only seven of the 27 websites had links to the rebel movement.

By blocking access to these websites, Lorenzana said “disinformation would be lessened and prevent the recruitment of more youths. They are so gullible and susceptible to propaganda and information.”

IBP: No due process

But the former president of the Integrated Bar of the Philippines (IBP) said the “unilateral blocking” of the websites without due process and enough basis violated the constitutional right to freedom of the press and free expression.

“We all know that under the Civil Code, any violation of constitutional rights may arise to damages,” Domingo Cayosa said in an interview with TV5.

According to National Union of Peoples Lawyers (NUPL), Esperon did not use the antiterror act directly or acted with the authority of the Anti-Terrorism Council but used the “backdoor of administrative sanction” to censor these websites and to “recklessly implicate and punish others not designated, proscribed or falling under any of its vast powers.”

NUPL president Edre Olalia said that under the antiterror law, the government can only have the power to, among others, designate, proscribe, prosecute for specific violations of specific provisions, inquire into bank deposits, freeze assets, arrest and authorize extended detention.

“There is no ‘power’ to label (‘Red-tag’ or ‘terrorist-tag’) individuals or organizations as ‘affiliated and supporting’ terrorism, terrorists or terrorist organizations,” he said.

“The National Security Council’s blocking of media and civil society websites is yet another dimension to the government’s outrageous, rights abusing efforts to red-tag and harass civil society actors, including journalists and activists,” HRW deputy Asia director Phil Robertson said in a statement. “The National Telecommunications Commission should refuse this attempt by the NSC to use it for political ends.”

Robertson called on the international community, including the United Nations and donor governments like the European Union, to “publicly condemn this latest attempt to suppress freedom of expression in the Philippines.”

Amnesty International noted that the attacks were happening “one week before another administration takes office.”

“Press freedom and freedom of expression are rights guaranteed in the constitution of the Philippines and under international human rights law. They must be protected. We call on the government to rescind this unacceptable order immediately,” it said.

Bayan, one of the groups whose websites had been blocked, said the move showed how arbitrary terrorist-labelling and Red-tagging had become.

Renato Reyes, the secretary general of Bayan, said that in blocking the websites the government relied on “guilt by association” to attack certain groups and critics.
He said his group was still studying whether to go to court to assail the antiterror law itself as a consequence of Esperon’s move. WITH REPORTS FROM TINA G. SANTOS AND KRIXIA SUBINGSUBING